There are some places on this Earth that are so beautiful that it brings tears to your eyes, and for me that place was Yosemite. From the moment we drove into this national park, I was captivated by the incredible scenery around us. 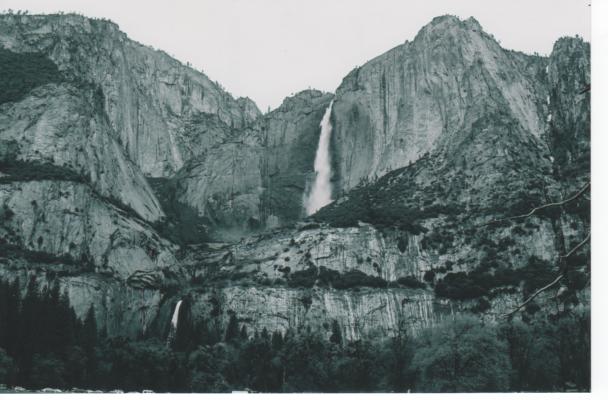 From the cascading waterfalls to the towering rock formations, it is THE most beautiful national park that I have ever been to.  Big Bend National Park is the closest thing we have to it in Texas. 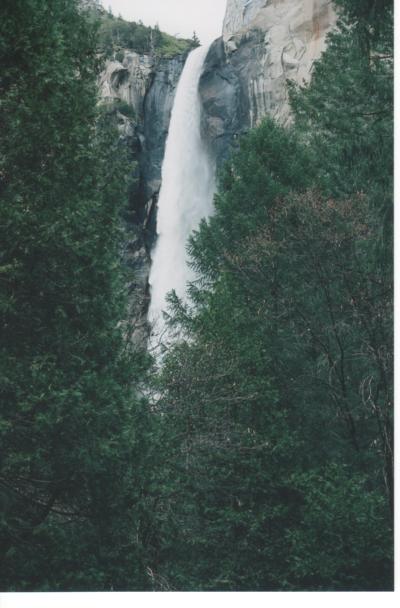 We went in the month of April, and the waterfalls were really flowing that year. We had about a day and a half to spend at Yosemite, which was part of a week long trip through Northern California. 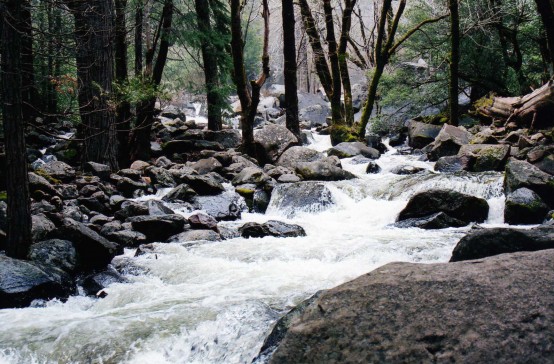 This national park is a photographers dream, with one incredible display of beauty after another. God’s handiwork is evident within every square inch of this place. Darwin, my foot! 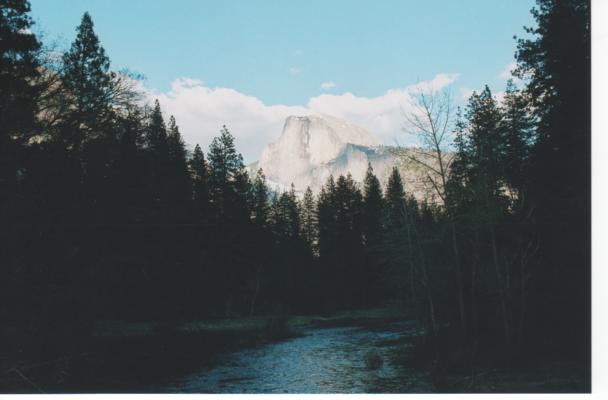 The person that I think best captured this awe inspiring place was Ansel Adams.   Some of his work, along with other artists can be seen at the Ansel Adams Gallery in the park.

When the water level is high enough, the infamous image of  Mt. Watkins can be seen reflected in Mirror Lake. 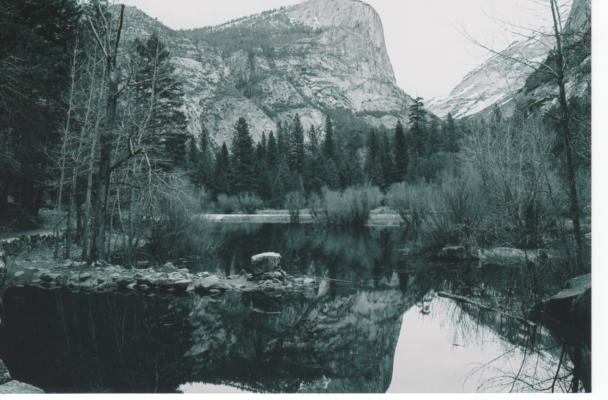 We took a path down to get a close up view of Half Dome. On the way, a couple warned us that they had seen a black bear just off the path ahead and they had decided to turn around.  At the time, we were the only ones on that part of the trail so I was a just a little nervous. Every bear attack story was going through my mind at that moment.

We decided to continue on and sure enough a few yards off the trail was a black bear. A group of people came along at that moment, so I felt a little more comfortable.  After all,  you just have to be faster than the slowest person in the group. I was sure that I could beat at least a couple of them.   I’m kidding- sort of. No seriously I am- sort of.  Anyway,  he was more interested in foraging for insects in a fallen log than in us. 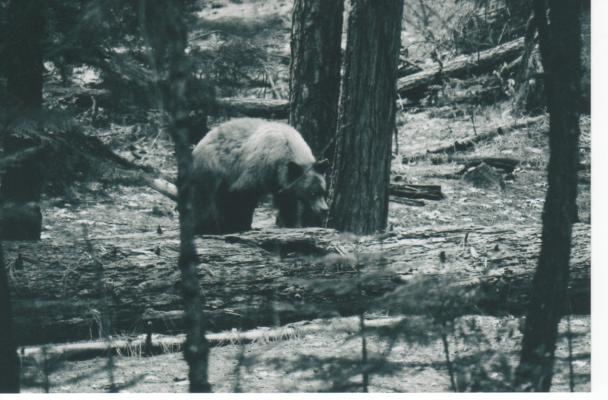 Below, is our reward for having ‘braved’  the possible encounter with a bear. Not too shabby, eh? 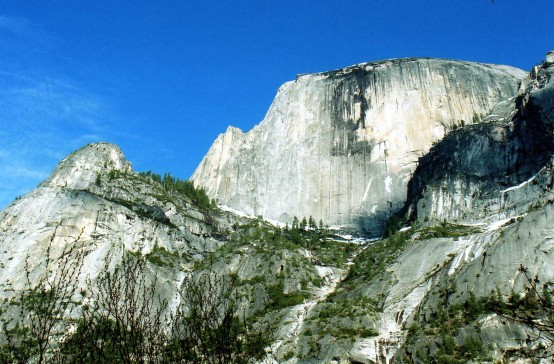 Located in Yosemite Valley, El Capitan is the largest monolith of granite in the world. This is a favorite challenge for experienced rock climbers. 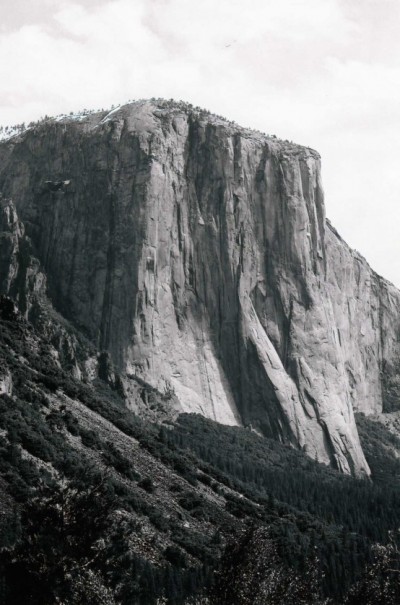 Opposite El Capitan lies the Cathedral Rocks and Spires  formation. Some people are more impressed by these imposing rocks, but I’m going with the the former. 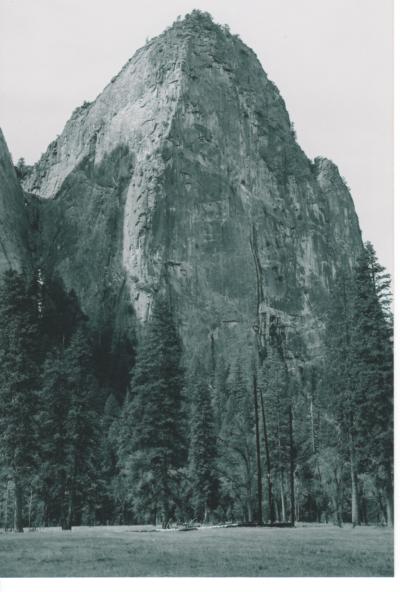 Seeing the giant sequoias in Mariposa Grove was another highlight of our trip to Yosemite. The final two mile stretch up to the grove was still closed for the winter, so we parked and walked the rest of the way up. 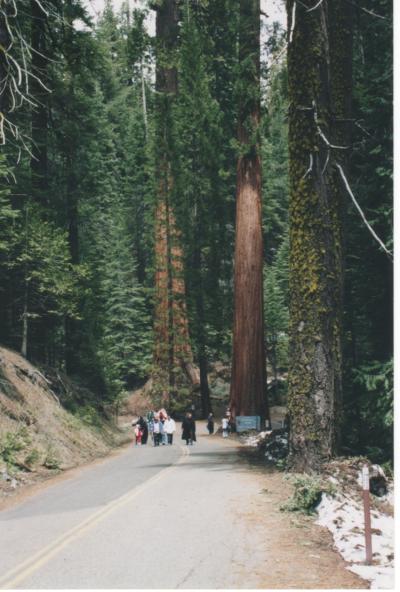 Once again, we were definitely rewarded for our efforts when we finally reached our destination. You can’t help but be in awe of these towering sequoias that have been there for over 3,000 years. 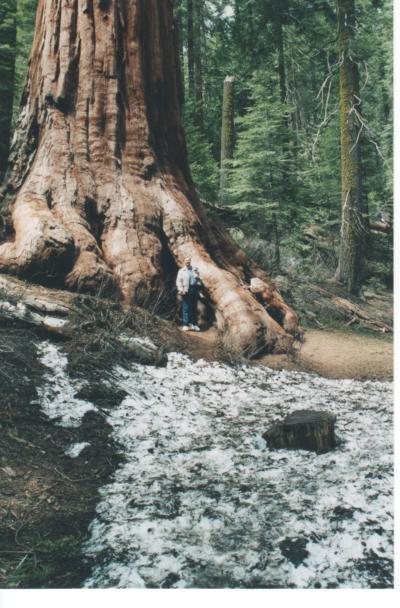 There was still snow on the ground in some spots of Mariposa Grove, which made it all the more beautiful. 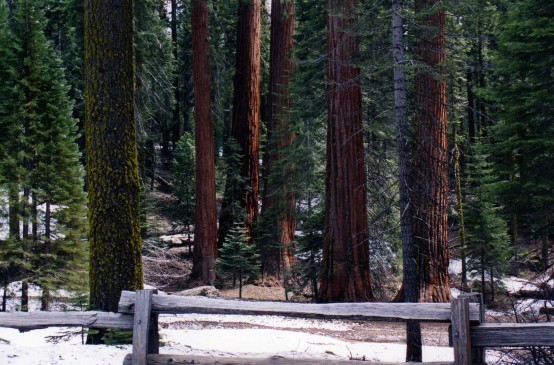 The fallen giant sequoia below begs me to question….

“If a tree falls in the woods and no one is around to hear it, does it make a sound“?

I think it would be safe to say this one did. 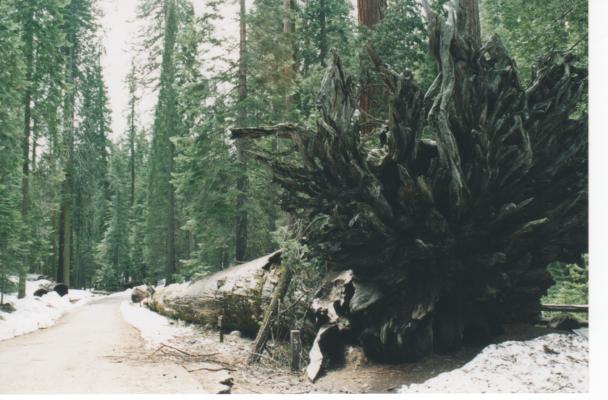 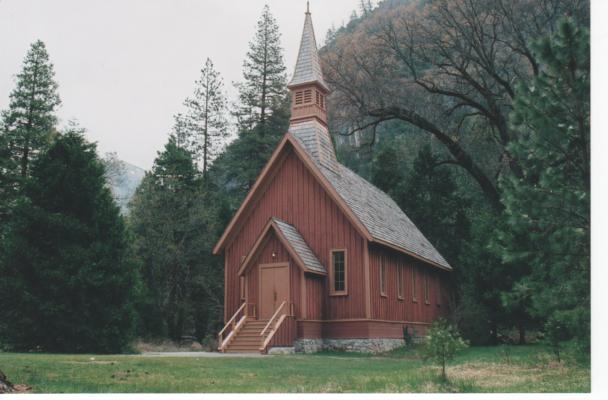 One of the most stunning viewpoints of Yosemite is Tunnel View. From here you get a panoramic shot of El Capitan, Half Dome, and Bridalveil Falls. 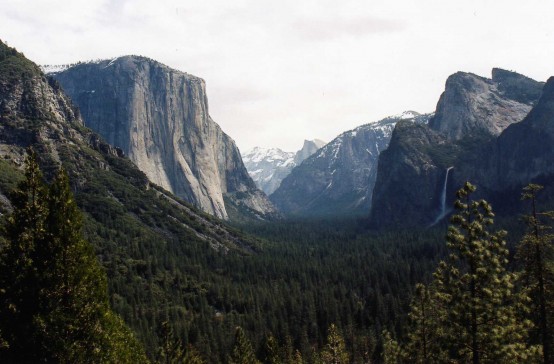 It is tough to really put into words exactly what kind of feeling comes over you when you visit this place.  I just count myself blessed to have been able to experience the wonders of God’s creation that is beautifully displayed at Yosemite.