We began our week long trip through Northern California in San Francisco. We spent the first two days of our trip there in the city, seeing and doing some of the standard touristy things. Our first stop was the Fisherman’s Wharf area. 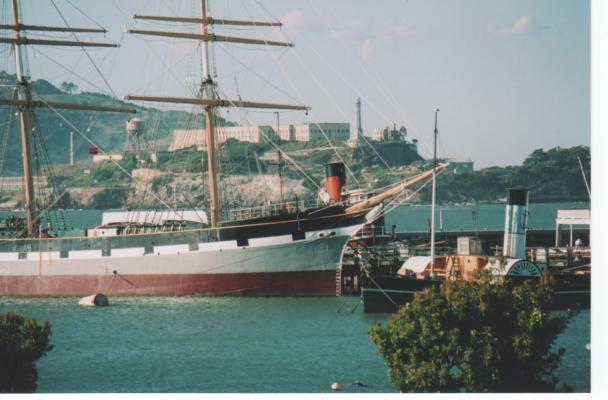 The large ship in the foreground is called the Balclutha. This is one of the six historic landmark vessels that visitors can tour at the San Francisco Maritime National Historical Park. During it’s time in operation, the Balclutha carried tons of coal from Australia and Wales to the West Coast.

From there we headed down the street to the famous Pier 39. 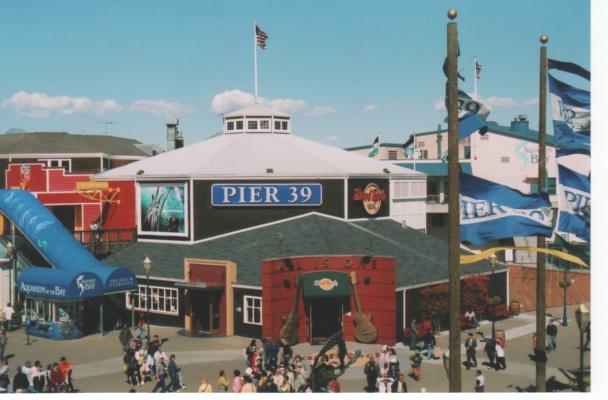 Pier 39 is home to numerous shops, restaurants, and the Aquarium of the Bay. 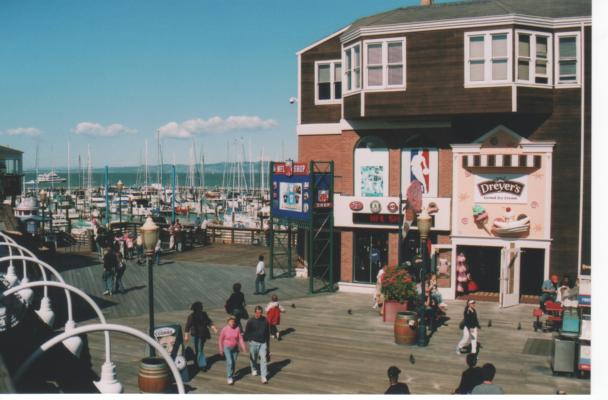 After lunch at the Hard Rock Cafe, we went to check out the famous residents of Pier 39. That would be the sea lions, of course. They took over this dock back in the nineties after the Loma Prieta earthquake. 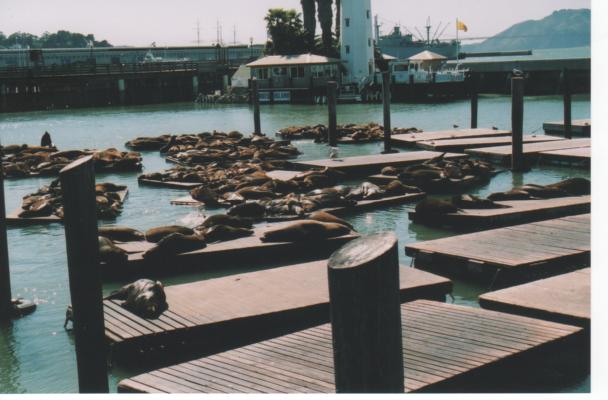 This pier has a 300-berth marina with spaces for full time and overnight guests. Located between the Golden Gate bridge and the Bay Bridge, it is an ideal location due to the easy access to shops, restaurants, and waterfront amenities. 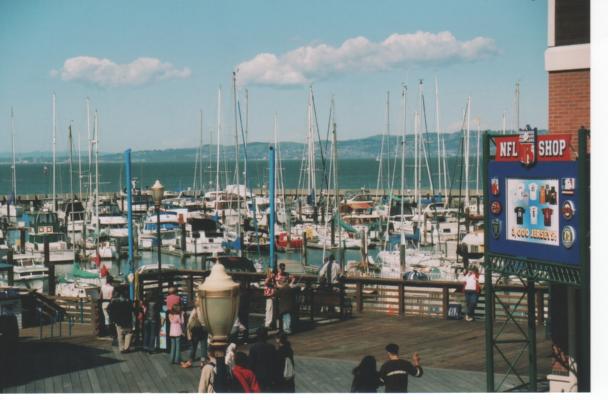 Now, I wasn’t originally planning to take the ferry out to Alcatraz, but my mom insisted that we had to do it. She was sure that we would be upset with ourselves when we returned home if we didn’t do it. So, out to “The Rock” we went. 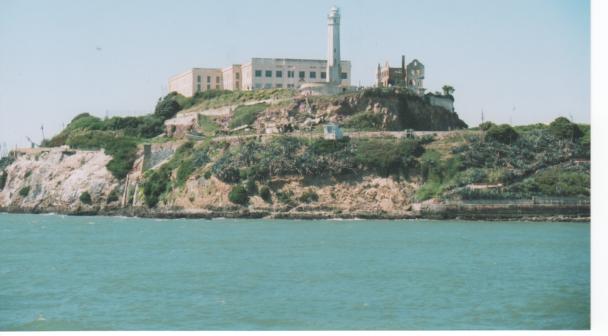 After a short intro to Alcatraz, we were allowed to tour the facility on our own. This sign reminds visitors about the Indian occupation of the island back in 1969, which was part of a political protest. 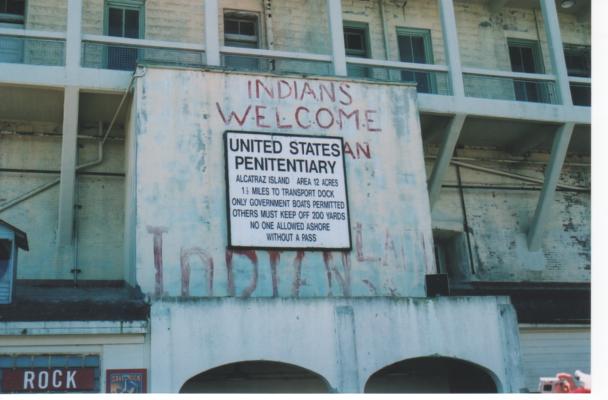 During this occupation, some of the buildings were destroyed by fire, including the wardens home. 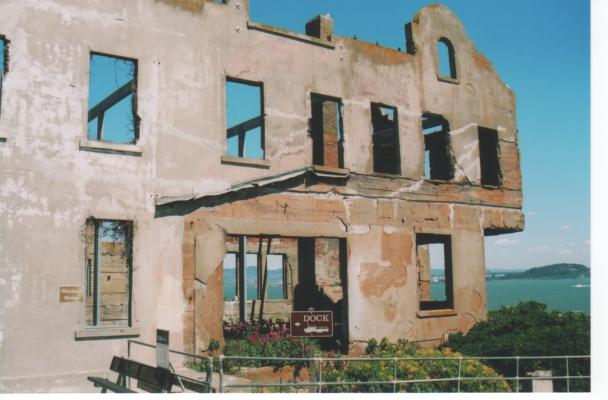 During the California Gold Rush, hundreds of ships wrecked off the coast of San Francisco. To help guide the ships into the bay, the very first lighthouse on the west coast was built on Alcatraz. The original one was damaged in the 1906 earthquake, and it was replaced in 1909 by the one pictured below. 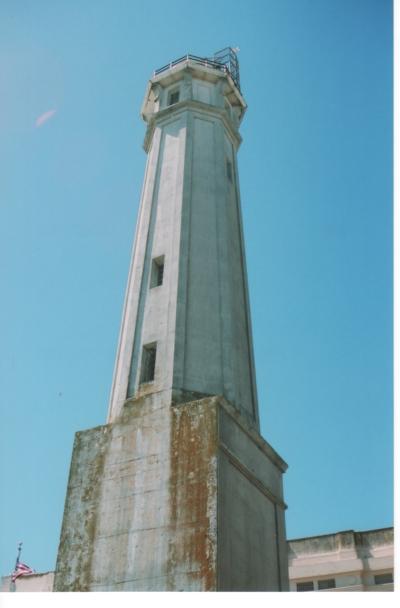 Alcatraz became the largest military fort west of the Mississippi during the Civil War. Soldier-convicts were housed here in the early 1860’s. Over time, it was no longer needed as a fort and it officially became a military prison in 1907.

Army prisoners built most of the buildings on the island. Exhibits featuring the history of Alcatraz are displayed inside two Civil War era casemates in the area known as “China Alley”. 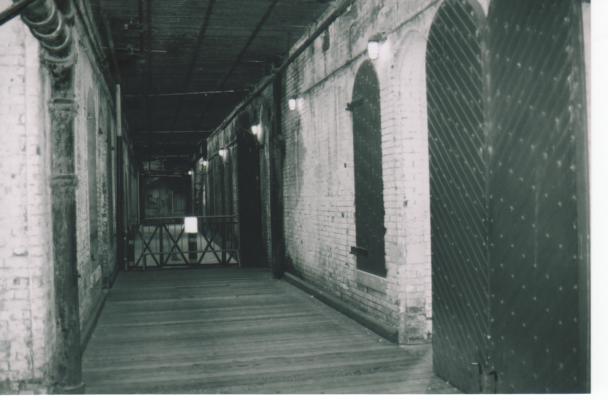 After the last soldiers left the island in 1933, it became America’s first maximum security prison. Some of the most notorious criminals such as Al Capone and Robert Stroud- A.K.A. “Birdman of Alcatraz” were once housed here.

Walking through the old cell blocks, you really can get a sense of just how unpleasant life on “The Rock” would have been for prisoners housed here. 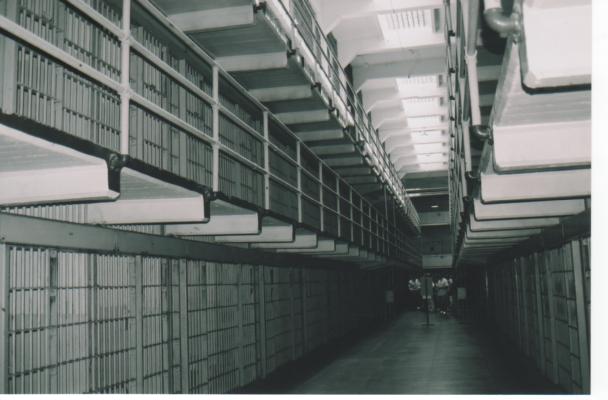 This is the dining hall where other notable inmates such as George “Machine Gun” Kelly and Alvin “Creepy Karpis” Karpowicz had their meals. 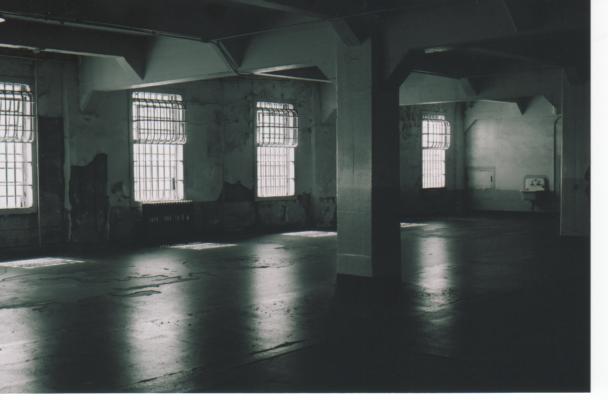 The kitchen was closed off during our visit, so we were only able to view it through the prison bars. Meals served here were actually quite good. Prison administrators saw to it that the prisoners were well fed so as to avoid any uprisings about poor food. 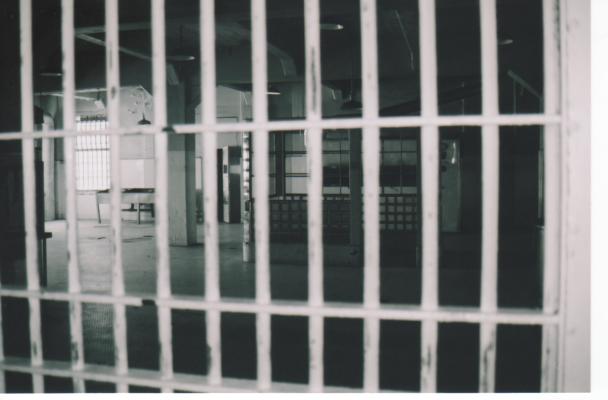 Prisoners were allowed to play softball in the recreation yard for a few hours on weekends. 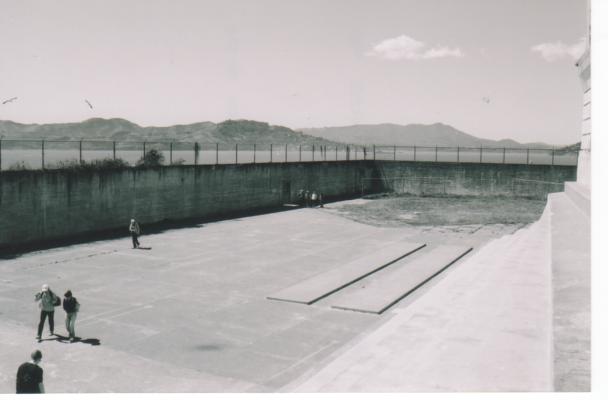 Alcatraz is now a bird sanctuary, and visitors can get an up close view of their nesting habits. 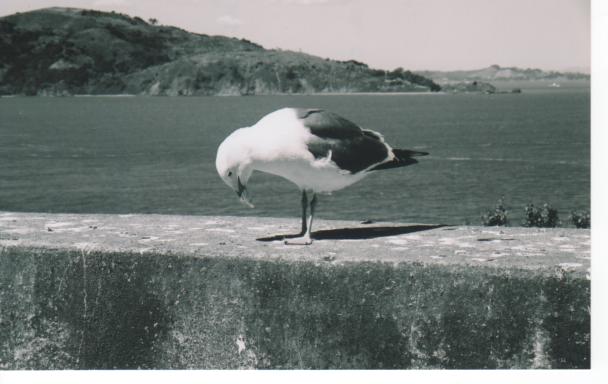 Of course, a trip here would not be complete without a ride hanging off the side of a cable car that is going down a steep hill. 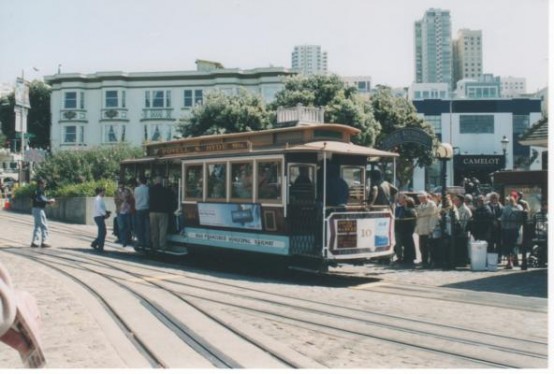 A drive down the extremely crooked section of Lombard street is also one of the must-do tourist attractions. The eight switchbacks on this road were created to accommodate the steep incline. Posh homes line the brick paved streets. 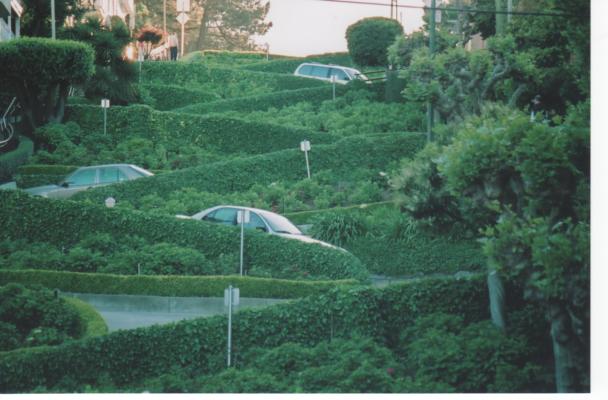 If these Victorian homes look familiar to you, well they should. The famous  “post card row” in the Alamo Square neighborhood  is one of the most photographed spots in San Francisco. The famous “Painted Ladies” have been featured in movies, and the TV sitcom  Full House. 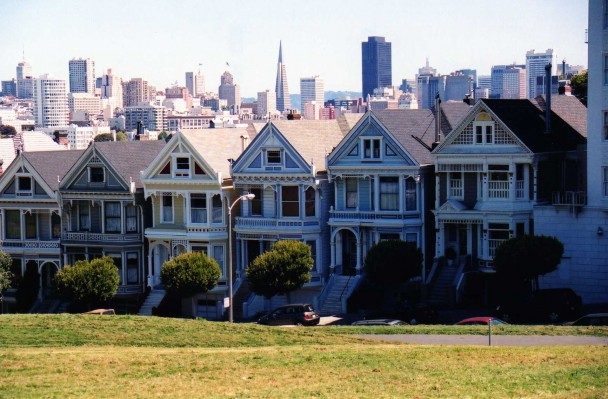 After the Ghiradelli chocolate factory was sold and transferred to San Leandro back in the 1960’s, the old building underwent a major renovation. The old factory is now home to retail shops and restaurants. 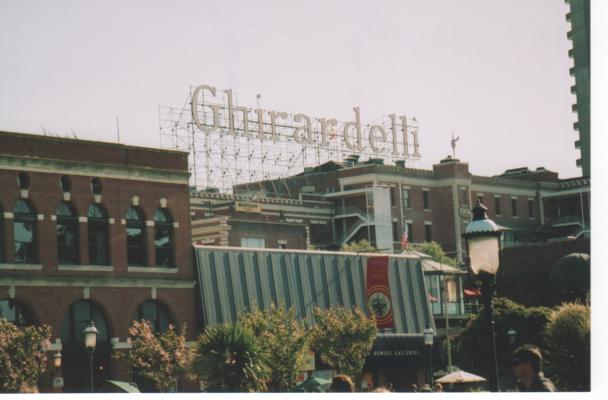 The photo opportunities here are endless. The city is surrounded with fabulous architecture and stunning views. 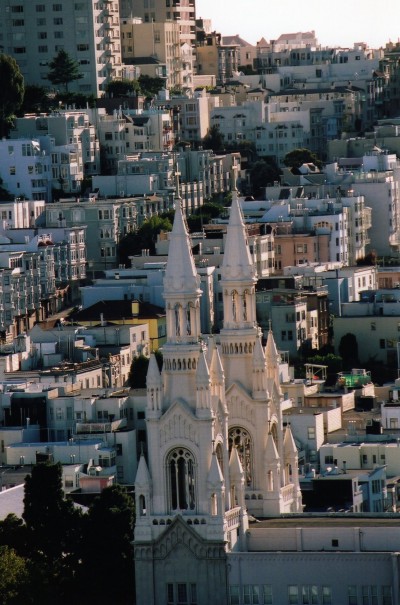 Our time in San Francisco over, we headed out across the Golden Gate bridge bound for the Napa Valley wine region. 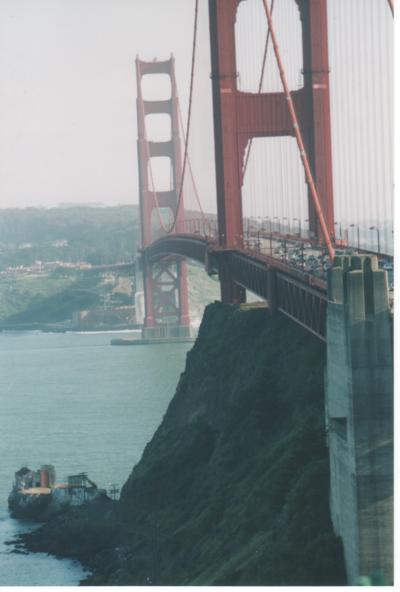