Hey guys! Sorry, I haven’t posted in a while. I hope that your week is off to a great start. We’ve been enjoying temps in the low to mid-seventies lately, and I am loving it. Well, except for the days where we’ve had high humidity. Still, I love being able to run outdoors wearing shorts in January! Tomorrow it’s going to be in the upper fifties, then back to the upper sixties for the rest of the week. Gotta love the weird Texas weather. This winter has brought temperatures ranging from the twenties to the upper seventies. Snow, ice, and beautiful sunny, warm days. So crazy!

Anyway, I just ran across an iPhone app that I thought might interest some of you. I haven’t tested it out myself, but I think it might appeal to those of you that like to track your activity levels daily. It’s called Moves, and it’s kind of like a pedometer, only with a lot more features. It is supposed to even be able to tell when you are cycling. 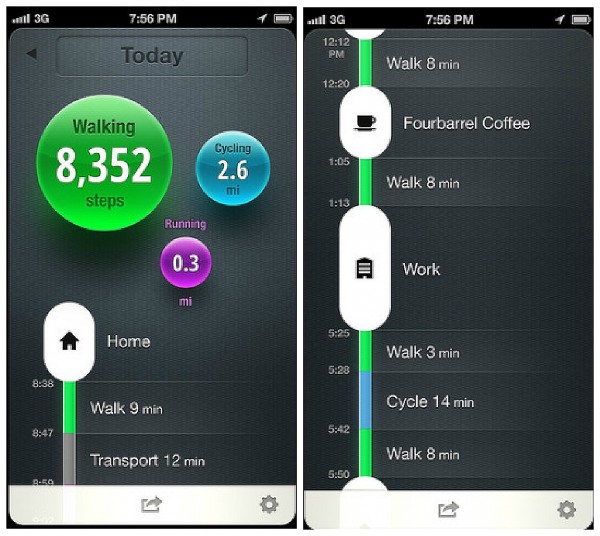 “Moves automatically records any walking, cycling and running you do. The app is always on, so there’s no need to start and stop it. Just keep your phone in your pocket or your bag.“

It’s basically like a little journal of your daily life. I think that it would be a handy way of being able to look back and see a history of just how active you actually are throughout the day. In a way, it’s kind of like how a food journal works. Having a handwritten or online account of your food intake helps people to see just how much they are actually eating on a daily basis. The Moves app could help show you just how active you actually are or aren’t being throughout the week. That could be a very motivating tool to help you move more. 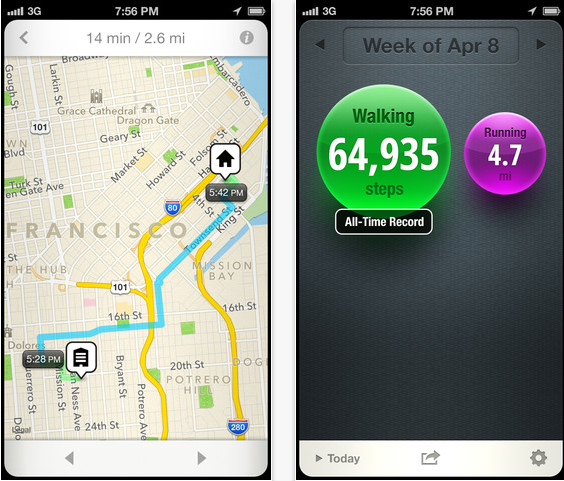 You may be wondering about the battery usage since the app is always on (although you do have the option of turning it off). Here’s what the people behind the app have to say about it.

“Location tracking does consume battery power, so nightly charging is recommended. With typical phone use, an iPhone running Moves should have enough battery power to last all day”.

The Moves app is free, so you really don’t have anything to lose by trying it out. Even if it’s just to get an idea of how active you are for a short period of time. Currently, the app is only for the iPhone, but they are working on a Windows 8 and Android version. 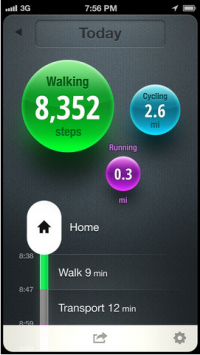