With a crispy golden and delicious crust, this Hash Brown Frittata with Spinach is a tasty breakfast or brunch idea.

It’s a healthy frittata recipe that is perfect for weekends! You’ve got an easy one-skillet meal that includes your protein, carbs and veggies! 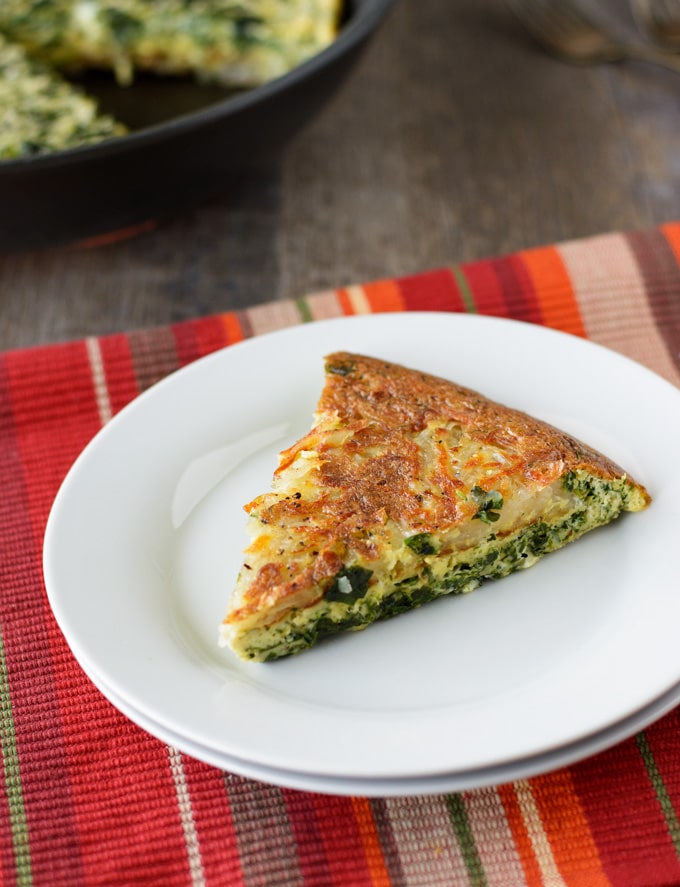 Hash browns are one of my favorite breakfast foods. I could probably eat them just about every day and not get tired of them. This recipe gives me those crispy hash browns I love so much and my protein and veggie all in one pan! One less dish to wash is always a welcome thing!

This Hash Brown Frittata would make an easy Christmas breakfast for your family and extra guests who might be staying with you over the holidays. Serve it with a little fresh fruit on the side to round out the meal.

How to Make a Hash Brown Frittata 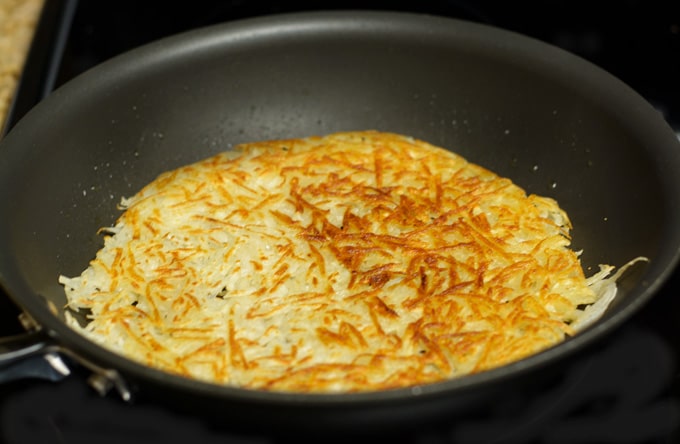 How Long to Cook a Frittata

After you pour the eggs into the skillet, let cook a minute or two until the eggs begin to set around the edges.

Place into your pre-heated oven and bake until the middle of the frittata is just set, about 15-20 minutes. Cook times may vary depending on size of skillet used. 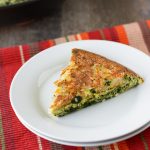