This past summer, I decided to accompany my husband on a business trip to Carthage, Texas. He had to meet with one of his clients and I didn’t have any thing better to do. Carthage is a small town in the Piney Woods of  east Texas.  This place is home to the Texas Country Music Hall of Fame, and the final resting place of the legendary musician known as “Gentleman”  Jim Reeves. 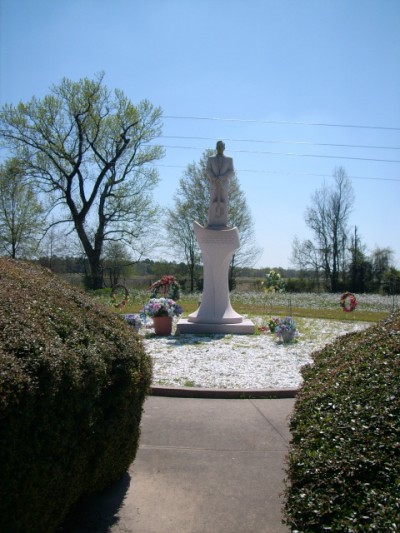 The Jim Reeves Memorial is located about three miles outside of town on Highway 79.  A guitar-shaped walkway leads up to a statue of the famous singer which marks his grave. 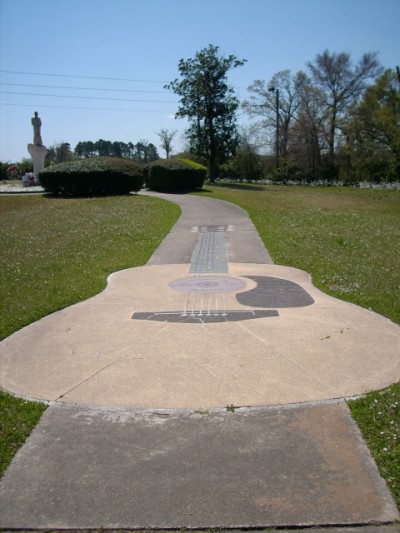 The inscription on the monument states “If I, a lowly singer, dry one tear, or soothe one humble heart in pain, then my homely verse to God is dear, and not one single stanza has been sung in vain.” 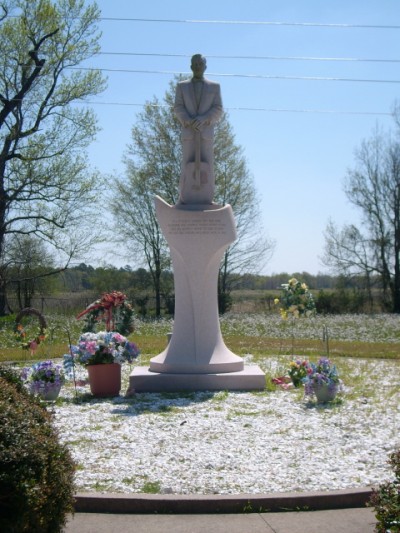 His cherished collie, Cheyenne, is also buried here just a few feet away from his master. 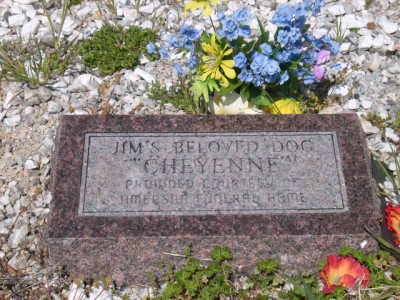 I then headed into downtown  to grab some lunch at the Texas Tea Room, which is in the restored building  of the 1903 Bank of Carthage. 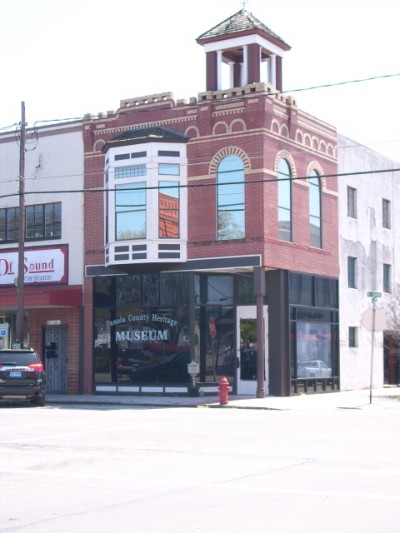 A friendly woman behind the kitchen counter invited me to sit down at any table of my choosing.  Colorful tablecloths covered the tables.  I was offered a cup of hot spiced tea, which I sipped while I waited for my meal.  Lunch was brought by a kind, sociable waitress. I had chosen the Chef’s choice menu option, which included the soup of the day, a half- sandwich, and chips.  The soup of the day choices on this particular day were Taco or Potato soup.   The Panola County Heritage Museum is located upstairs, and is free to visitors. 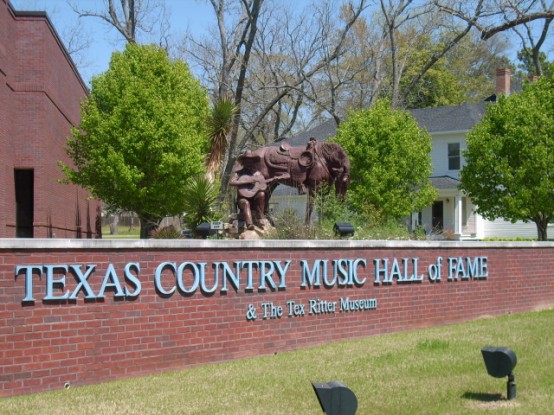 The highlight of my  trip would have to be the  Texas Country Music Hall of Fame, which is also home to the Tex Ritter Museum. Upon entering, I was greeted warmly by a staff member who provided a brief intro before leaving me to tour the museum on my own. 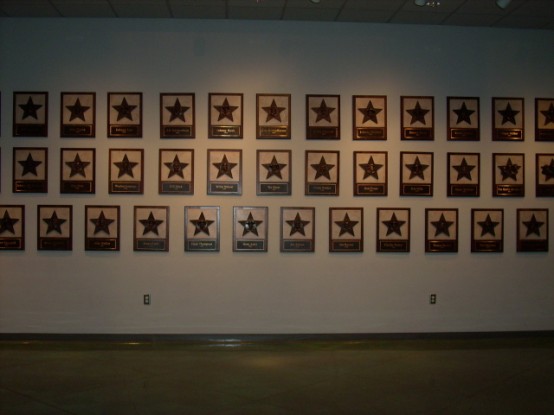 Display cases feature memorabilia from each of the Texas Music Hall of Fame inductees. 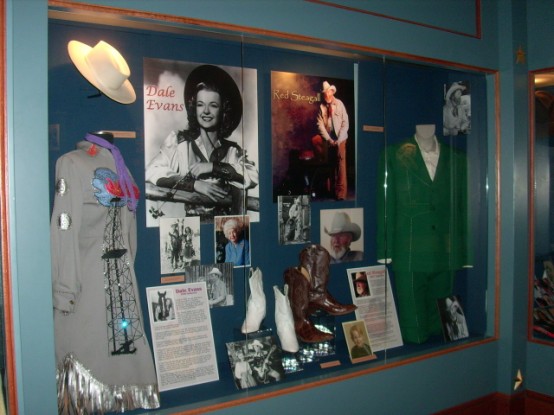 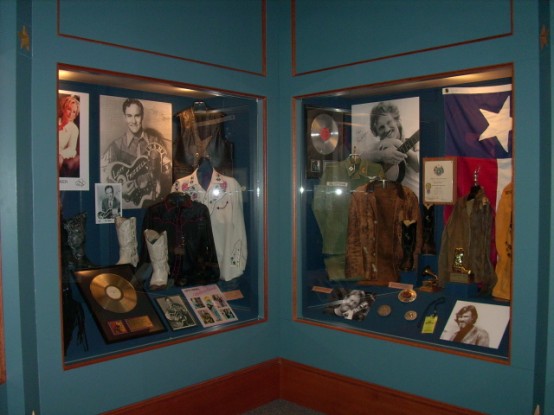 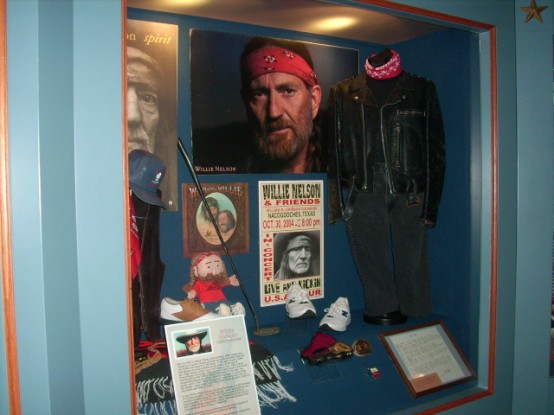 A  radio station booth featuring equipment actually used by DJ’s of the past is on display in the museum as well. This exhibit allowed me the opportunity, at the push of a red button, to hear an actual recording of the late Jim Reeves during his days as a radio DJ in Henderson, Texas. 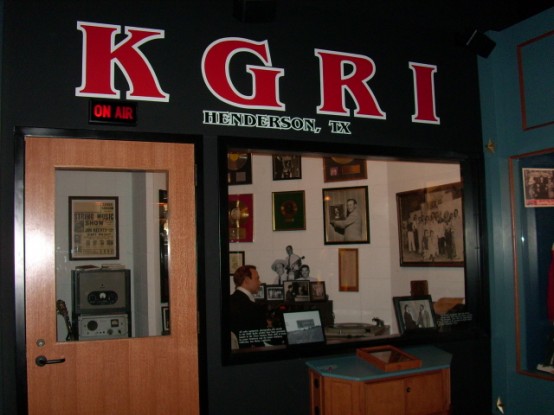 Linda Davis was one of the 2009 inductees and her display case features one of the dresses she wore while on tour with Reba. Jim Reeves case includes personal letters to family, as well as newspaper articles about the plane crash that took his life. Other inductees include Ray Price, Neal McCoy, and Gene Autry. George Jones, Al Dexter and Ray Winkler were  inducted into the hall of fame this past August. 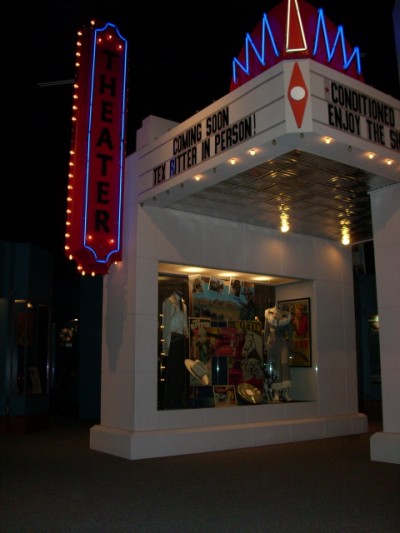 A 1930’s style movie marquee marks the entrance to the Tex Ritter Museum portion of the Texas Country Music Hall of Fame. Tex Ritter was one of the first singers inducted into the Hall of Fame when it opened in 1998. 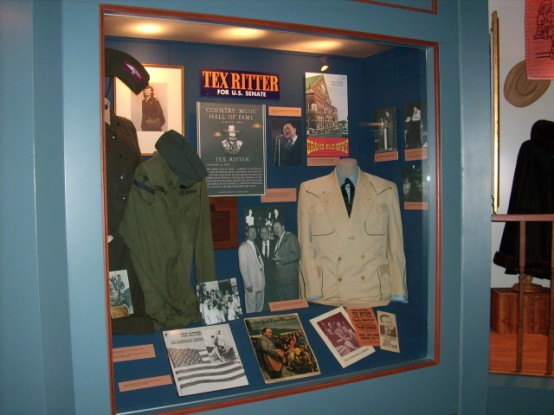 Prior to being here, the Tex Ritter Museum was located on the upper floor of the Hawthorn-Clabaugh-Patterson house just next door. 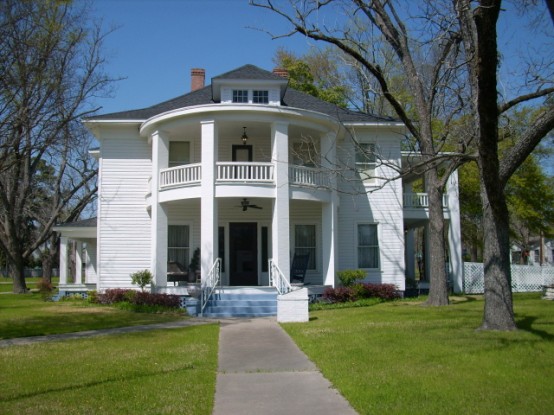 The Tex Ritter exhibit features memorabilia donated by the Ritter family. A display case honoring the life of the late John Ritter is also included in this portion of the museum. John Ritter played a number of roles on TV and in movies, including being the voice of Clifford the Big Red Dog. 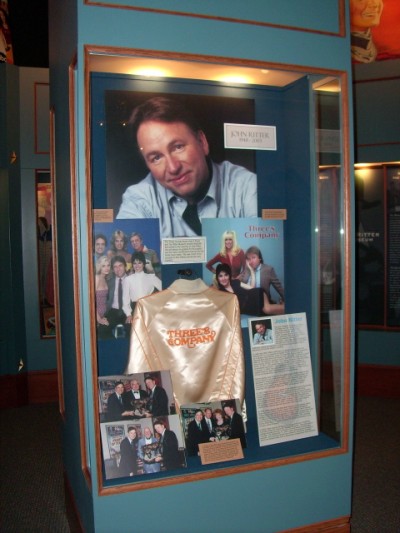 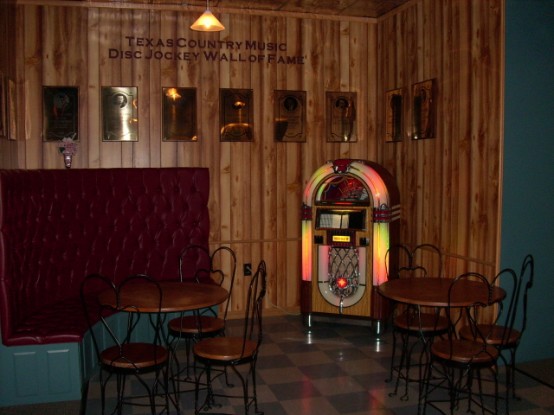 Nudie’s Tailors was started by Jamie Nudie, who was the first person to put Rhinestones on clothing. What would country music have been without them!  He made clothes for lots of celebrities including Roy Rogers, Dale Evans, and a boat load of other celebrities. He even made a very famous gold lame’ suit for Elvis Presley. I just love their name- Nudie’s Tailors. 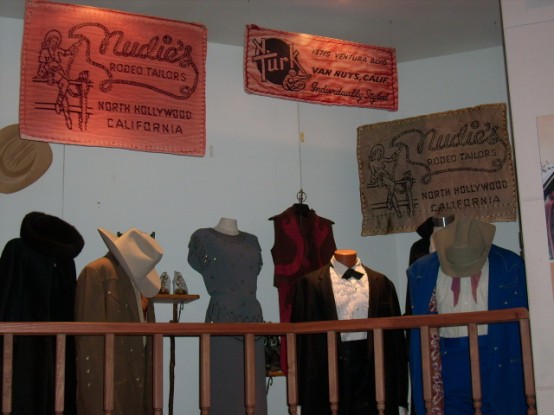 Finishing up my tour of the Texas Country Music Hall of Fame, I stepped outside to take a closer look at the bronze statues of Tex Ritter and his horse, White Flash. 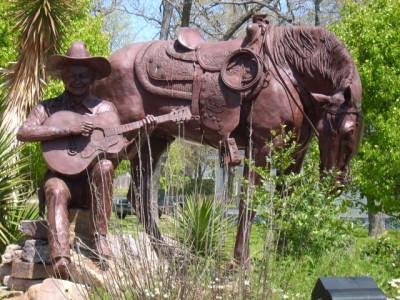