Hey guys! Hope that you’re having a great Monday.  I thought I’d start the week off by telling you about a new running app that just launched a few days ago.  This new iPhone app is called Yog, and I think it sounds super cool!

“Yog is an iPhone app that connects runners from around the world to run together in real-time.”

It was created by three New York transplants, Peter, Will and Will, who run the streets in and around Manhattan. 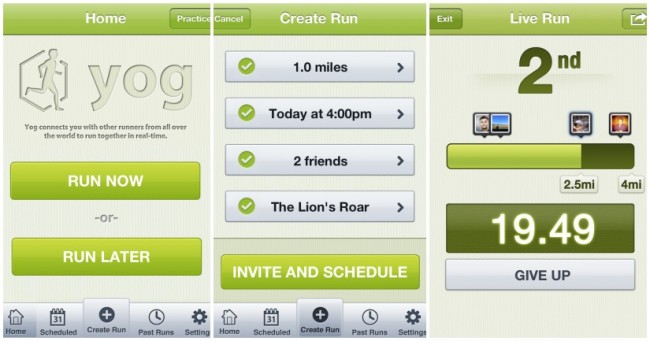 Yog isn’t just another fitness tracker, it’s an app that allows you to run virtually with anyone around the world. You can either create a run of your own, or you can join in on a run created by someone else.

By using the iPhone’s internal GPS, the app is able to keep track of each runner’s position. As you run, you receive live audio and visual notifications of where you are in relation to other runners. You can literally be running in Texas and racing against someone in Europe (as long as they have the app, too). How cool is that?! 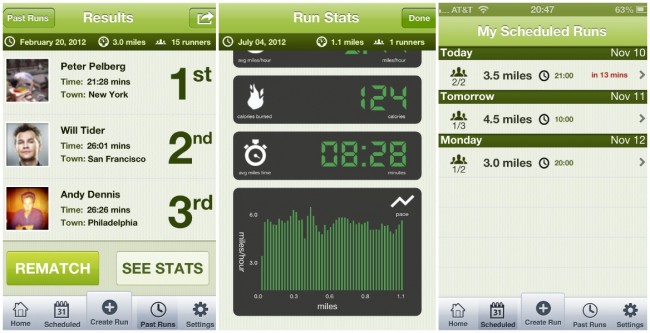 As someone who has come to love running in races, I think that this would a lot of fun! I’m a pretty competitive person, so I think that this could help keep me motivated when I don’t have any real races on my schedule.

I think it would also be great for families who share a love of running, but may not live close enough to run together. I know that I would LOVE to compete against my brother, who is always saying how much faster he is than I am. Well, maybe we should just see about that, bro? 😉

Currently, this app can support a total of 20 people for a single run, but they are working on improving their infrastructure so that more runners can participate.

Wanna go for a solo “practice” run? Well, you have that option, too. Select Practice run and no one else will be able to see or join in on your run.

Granted, I haven’t tried this app out yet, but I really do think that it is going to be hugely popular and will give some of the other apps a run for their money. Get it? Ha! I think that this will be a fun, motivational tool, which will allow runners to connect socially, in real-time, all over the world.

Oh, and one of the best parts, it’s free to download from the iTunes store!

What do you think about this new app? Is it something that you would use?

*I’m not affiliated with Yog in any way. I just read about it online, and thought I would pass it along. 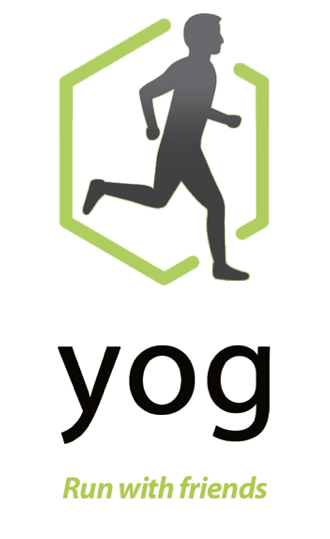