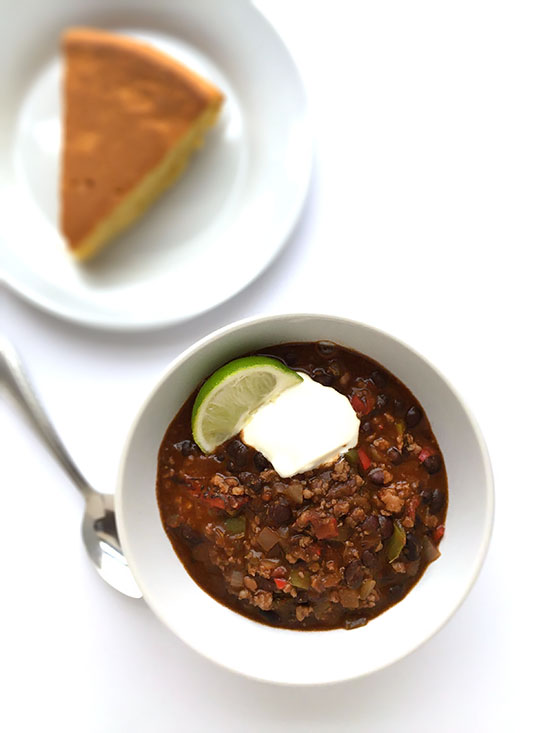 When we headed to our local Sprout’s grocery store on Friday, I had absolutely no plans to buy chile peppers. But as I was browsing the produce department, I spotted the most beautiful red jalapeño’s and just had to buy them. The green ones are always available, but you rarely see the red ones at the store. At least, I don’t anyway. The Anaheim chile peppers were also looking exceptionally good that day, so I grabbed a couple of those as well. Peppers are one thing that I have a hard time passing up when they look and smell SO good.  I just love the intoxicating smell of fresh peppers, don’t you?

This Weeknight Chicken and Black Bean Chili is super easy to make and is perfect for those nights where you need to get dinner on the table fast. We’re using canned beans here, which is a huge help. For this recipe, I added the beans as well as the liquid from the can. The starchy liquid adds such a delicious thickness to the chili. I used the Westbrae brand of beans, which are low sodium and come in BPA-free cans. That was another score at Sprouts because they had a buy one get one free sale on them!

Anaheim chile peppers tend to be mild in heat level, but that can vary depending on where they’re grown. You could always substitute a green bell pepper (which is even milder) if you wanted to. I left the ribs and most of the seeds of the jalapeño’s out of this chili, but you can adjust this based on your preference.

A nice hunk of homemade cornbread was the perfect accompaniment to this bowl of chili. I simply popped it into the oven while I was working on the chili and they were done in about the same time. Not too shabby for a weeknight (or weekend) meal! 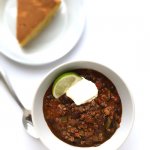 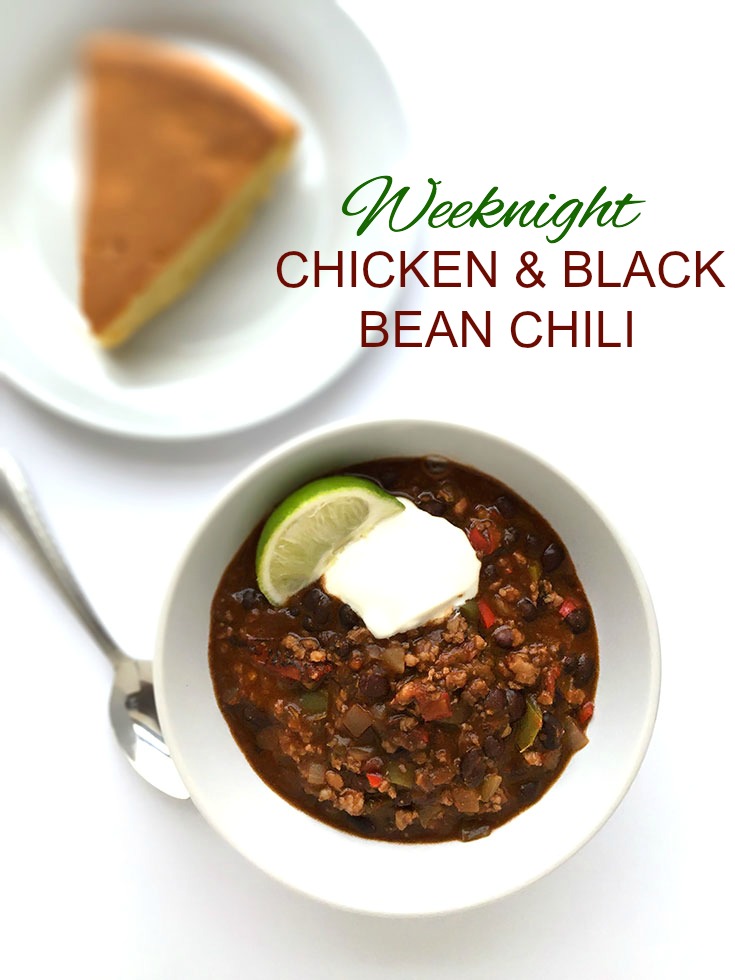