We woke up to a gorgeous weather on Tuesday morning. Perfectly clear skies and temps in the low 80’s. Not bad running weather at all, especially for August in Texas! We decided to drive over to a nearby cinder track to do our running for a change. 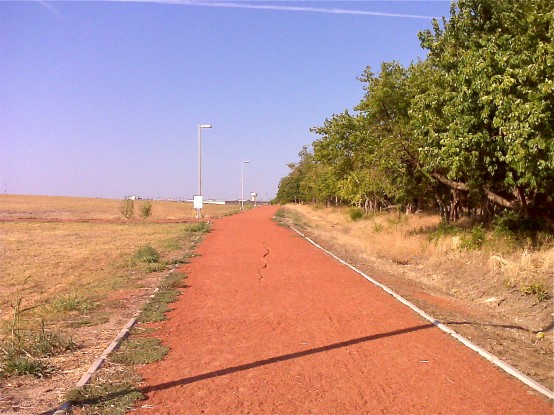 Doesn’t that look like a snake on the track? It’s actually a small, long crevice.

One time around the track equals 1.32 miles in length, which makes running a bit more enjoyable than running around a regular track 50 million times. Not quite as much fun as running on the street, but still better. 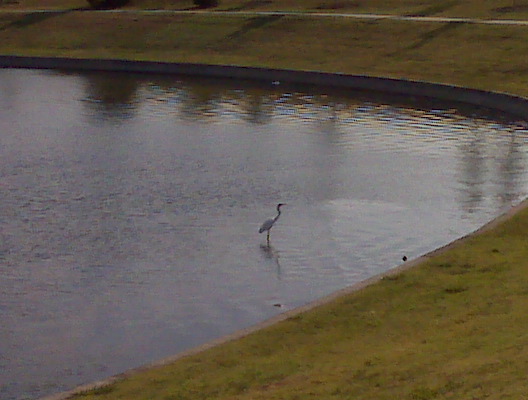 I also made three loops around this man-made pond, which sits alongside the track. I estimate the loop around the pond to be somewhere around a 1/4 mile, so all total I did about five miles. The track is fairly flat, with a few inclines that are just enough to make you feel it in your legs and to increase your breathing.

We got a later start on our workout this morning, so it was already eleven o’clock by the time we got home, did 5 minutes of stretching and took showers. Breakfast became brunch. 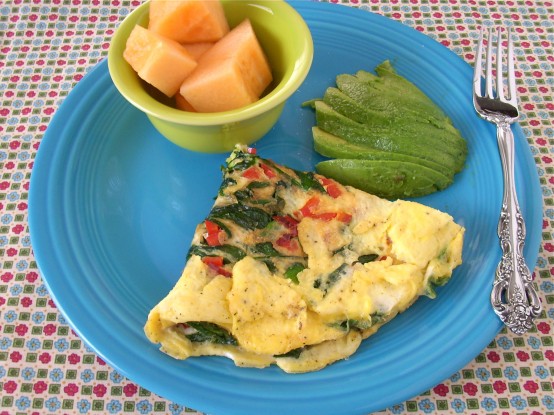 Spinach omelet with diced bell peppers, half of an avocado, and some cantaloupe. Normally, I make individual omelets, but I was feeling a little lazy today, so I just made one gigantic omelet and cut it in half. A perfect post-run breakfast.

I also had a cup of brewed coffee with my meal.

Prior to going running, I had a cup of  instant coffee and a Raw Revolution Golden Cashew bar. 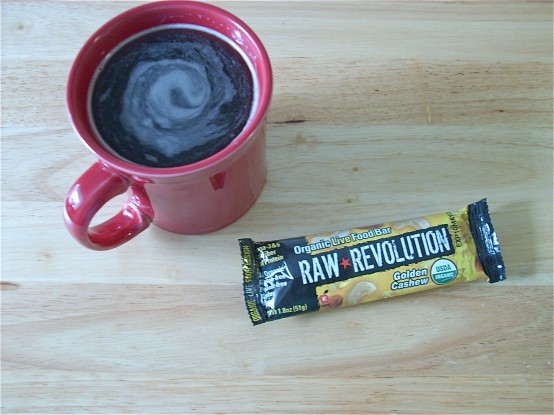 My evening workouts have recently become morning workouts because we are dealing with a MAJOR West Nile outbreak here in our area. I have to have a little something in my stomach before I go running. Nothing too heavy, and it can’t irritate my stomach.

I was at Tom Thumb recently looking at their snack bars. Most of the bars are filled with a bunch of funky ingredients, but I did find these Raw Revolution bars that actually had a pretty impressive list of ingredients.

I know that there are varying opinions out there as to how healthy Agave is, but this is the best bar I’ve seen on the market, ingredient wise. I’d really like to make my own snack bars sometime soon, but for now it is nice to have finally found a snack bar that doesn’t include sugar, grains, or a bunch of other bad ingredients. I also like the fact that I haven’t had any digestive issues (if you know what I mean) while running after eating these bars. You runners out there know how VERY important this little detail is. 🙂

These bars taste as good as some of the other bars on the market, and so far my favorite one is the Golden Cashew.  I have seen them priced anywhere from $1.55 to $1.99 depending on the store. 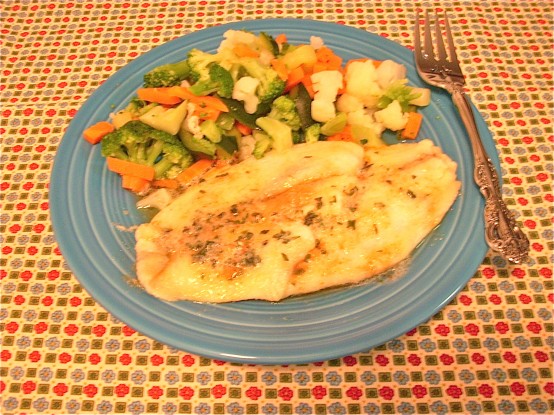 Lousy picture, but very tasty! I did make the recipe grain-free by using coconut flour instead of white flour.

Have you tried the Raw Revolution bars?

* I found and purchased these bars with my own money (okay, so it was my husband’s money) and the above opinions are completely my own. 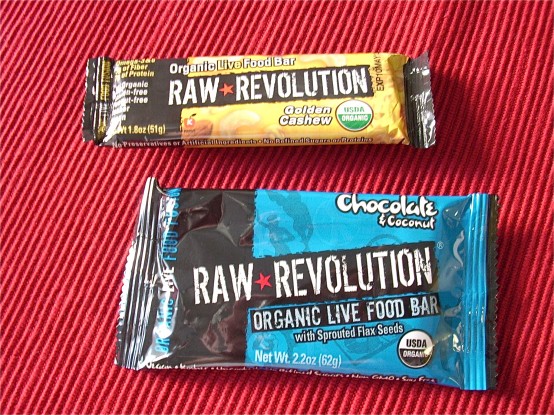