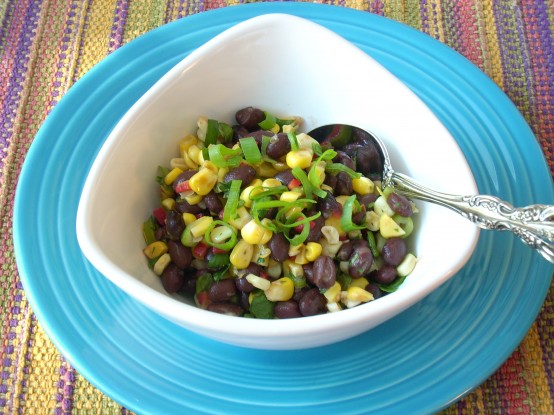 The inspiration for this salad came from a toasted corn salsa recipe in the America’s Test Kitchen Healthy Family cookbook. I changed it up a bit, and added some black beans for some protein and fiber. Even my husband liked it, which is saying something because this isn’t really his kind of thing. This was my first time using Fresno peppers. They are supposed to be hotter than jalapenos, so I decided to go with just one for this dish. This turned out to be very mild heat level wise since I removed the seeds from the fresno pepper. Next time, I plan to add an additional fresno pepper to mine for a little more kick. 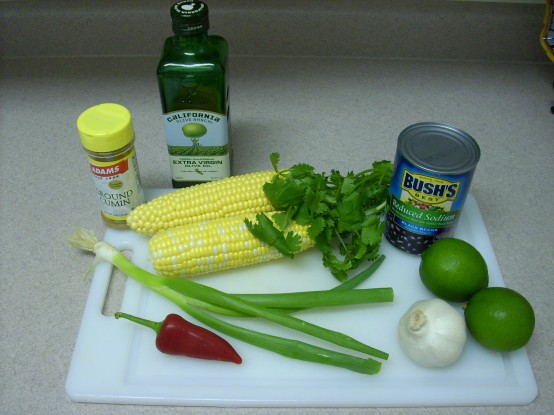 First, you will need to cut the corn off the cob. I placed a small bowl upside down into the bottom of a larger bowl to make this step easier. 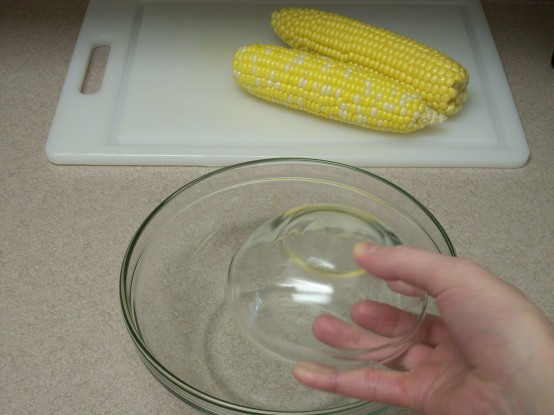 Stand the corn up on top of the small bowl, and use your knife to scrape the kernels off of the cob. 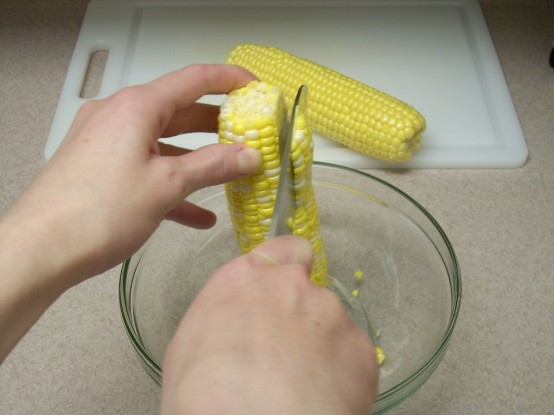 Heat a teaspoon and a half of olive oil in a large skillet over medium-high heat. Add the corn and cook, stirring occasionally, until golden brown, about 8 minutes. 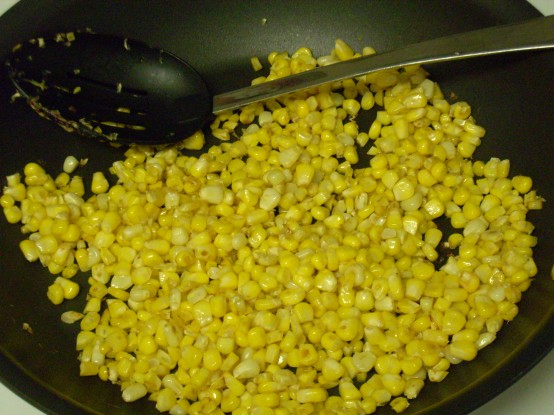 Meanwhile chop the scallion into thin slices, mince two cloves of garlic, mince the fresno pepper (remove the seeds and ribs for a mild heat level), chop up 1/2 a cup of fresh cilantro. 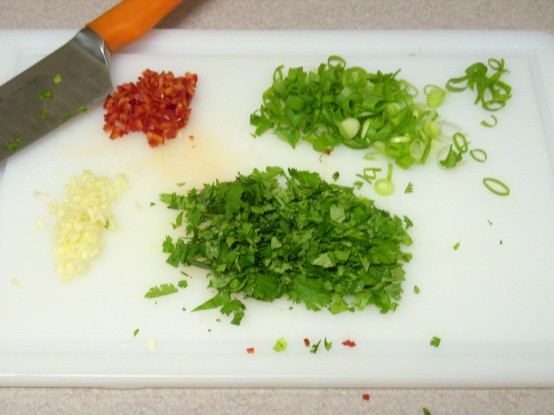 Pour the corn into a large bowl. Add the drained and rinsed black beans. 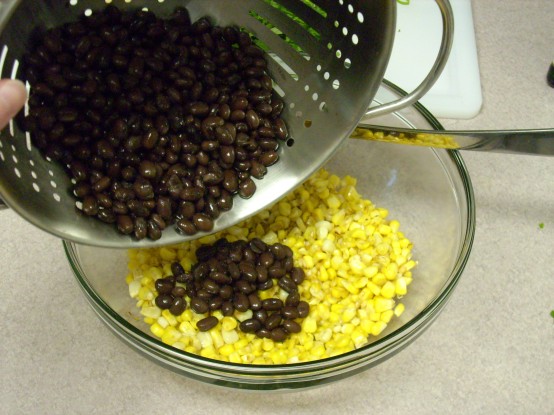 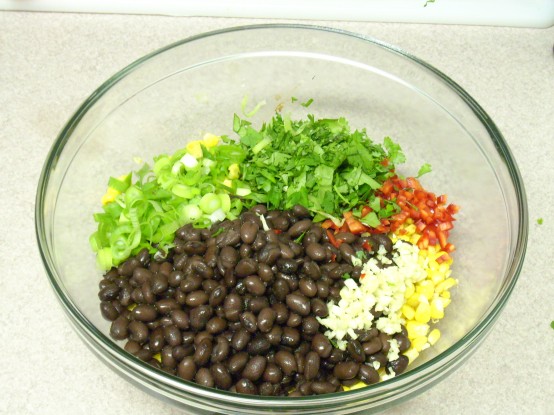 Add 1/2 a teaspoon of ground cumin. 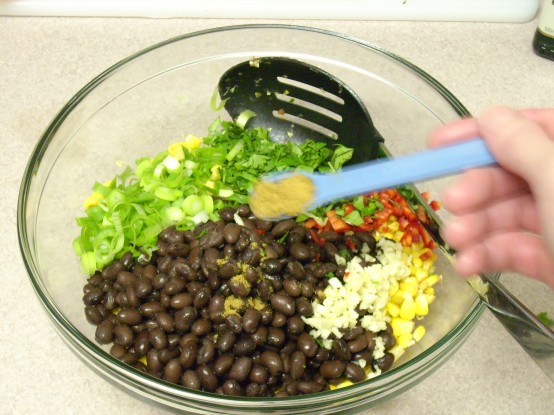 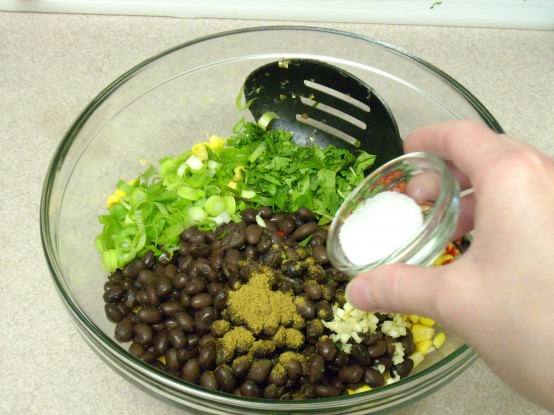 Next, add two tablespoons of fresh lime juice ( for me this was about two large limes). 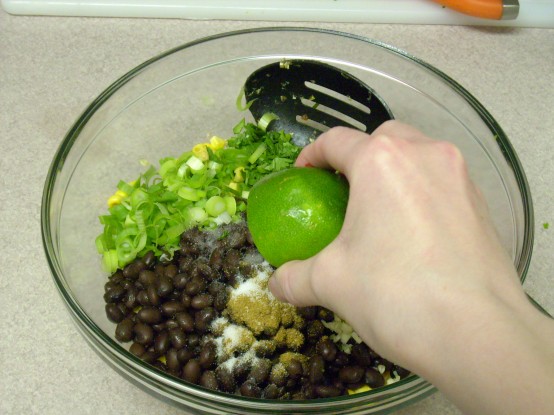 Pour in one tablespoon of extra virgin olive oil. 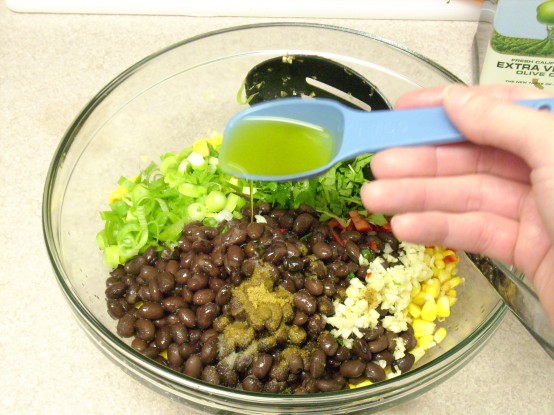 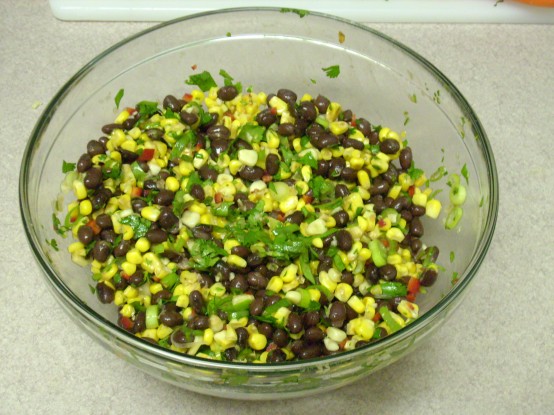 Allow one hour before serving to allow the flavors a chance to marry. This can be served chilled, but I prefer it at room temperature.  Covered tightly, this should keep in the fridge for two days. If you are making this in advance, you may need to add some fresh lime juice just before serving. 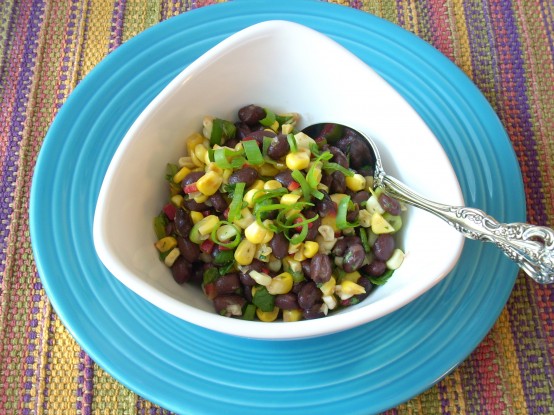 This is a great side dish, but paired with some cooked quinoa, it also makes a great lunch main course. I made the salad yesterday, and added it to some quinoa  for our lunch today. To flavor the quinoa itself, I added some chopped scallions, cilantro, and a little lime juice. It made for a very tasty and healthy lunch. 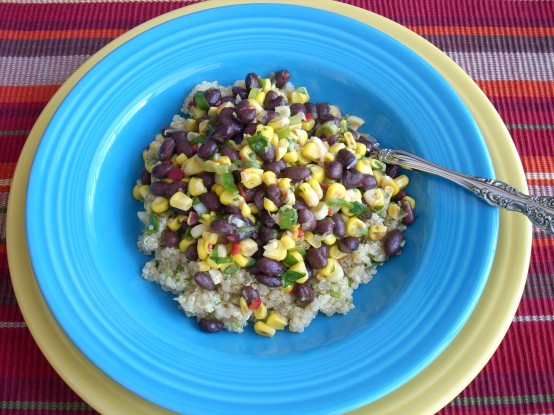 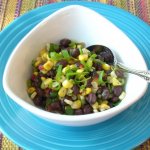 Great as a side dish, or pair it with some quinoa for a healthy lunch main course.