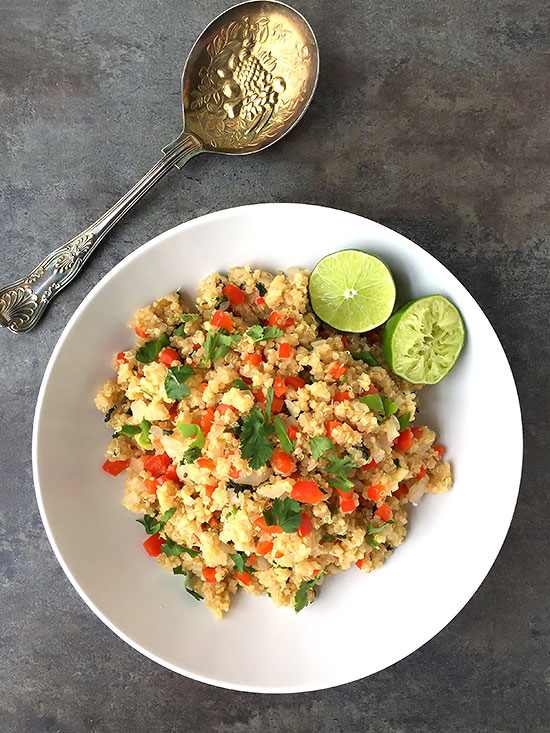 This quinoa recipe was my first experiment with using fish sauce in my cooking. I had debated over buying it for quite some time. The top recommended brand of several food bloggers is the Red Boat brand. It’s a minimally processed (extra virgin, first press) fish sauce from the Vietnam Island of Phu Quoc. The only two ingredients are fresh wild caught anchovy and sea salt.

The first place I found it was at Whole Foods, and it was a bit pricey (between six and seven dollars for a bottle). I just didn’t know if I’d use it enough to justify the expense. Then, I happened to see someone’s Instagram of a bottle that she said she’d gotten from Trader Joe’s. Sure enough, the next time I went to TJ’s I found a bottle, and the price was around four dollars. That’s a little more affordable, so I got a bottle to try.

I’m not going to lie, you don’t want to stick your nose up to the bottle and take a whiff. The smell is far from yummy. It does however add a unique and delicious flavor to a variety of dishes. 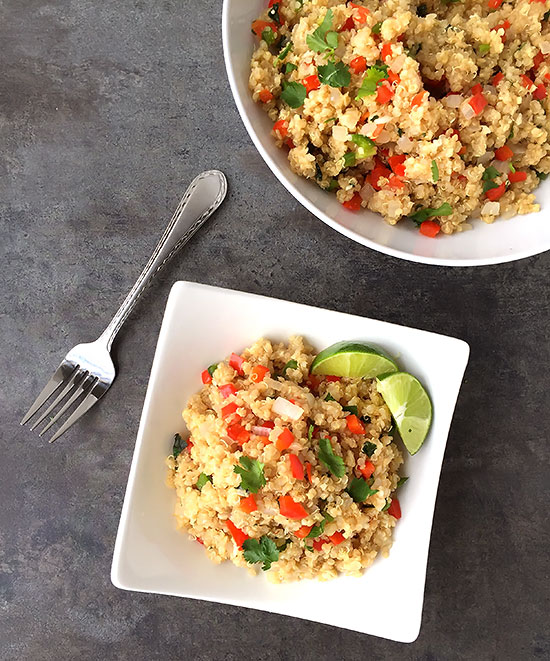 I just love colorful dishes like this Thai-Inspired Quinoa, don’t you? They do say you eat with your eyes first. This is a tasty side dish that I think would be great served with some type of Thai-style Chicken or even my Honey Dijon Chicken with Lime recipe. 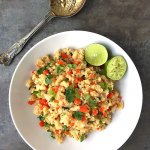