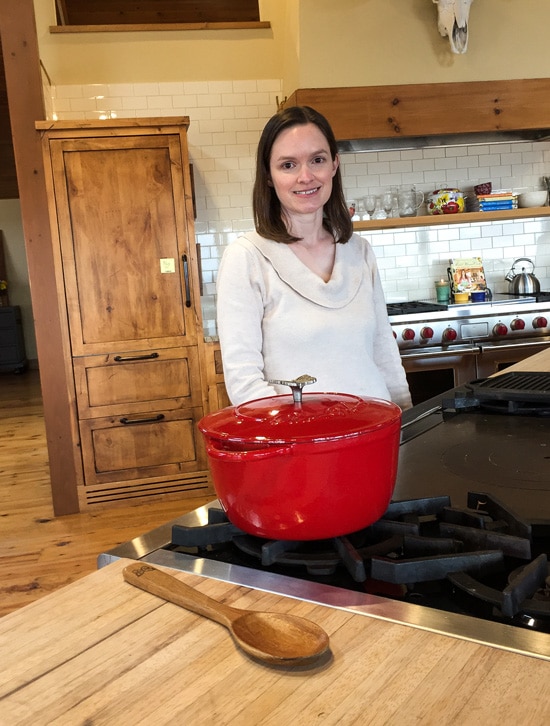 Last week, my husband found out he would have to make a trip up to Oklahoma for business. My immediate thought was “I wonder how close the job site is to The Pioneer Woman’s Mercantile?” Turns out, it was a little over two hours away. Not super close, but close enough for me! While I was on the Mercantile website, I read that for the first three Thursdays in January, they were giving tours out at The Lodge. This is where Ree films most of her Food Network shows. I was even more excited now. I’ve been reading her blog since before she had her cooking show, so to see her ranch in person would be really neat!

We got up SUPER early this past Thursday morning to get ready to head out. I’ll be honest, 4:45 A.M. is not a time of day that I normally see. Only something I really wanted to do could get me out of bed that early. So, if I look a bit rough in that photo above, that’s why. 😉

As soon as my husband was done working, we headed for Pawhuska. Well, actually, we headed for Pawnee. Let me explain. For some reason, I keep getting Pawnee and Pawhuska mixed up. So, I had put Pawnee instead of Pawhuska into Google maps. We realized my mistake when I saw the mileage sign and said, “Oh, we’re only nine miles from Pawnee.” My husband was like, “Yeah, but her store is in Pawhuska.” Oops!

Anyway, fortunately for us it only added 22 miles to our drive. We were cutting it seriously close though because we still had to stop at the Mercantile for directions and drive out to the ranch, which is several miles outside of town. The note and directions were written with Ree’s typical funny humor and made you feel like a special guest at her ranch.

I knew the Drummond Ranch was big, but driving out there really gave us a much better idea of the vast expanse of their land. When we got to the top of the hill just above the lodge, there was the most incredibly scenic view of their property. Yes, it’s Winter, so not quite as beautiful as the pictures I’ve seen of it in the warmer months. Nonetheless, it is still a jaw-dropping view. You can see for miles. 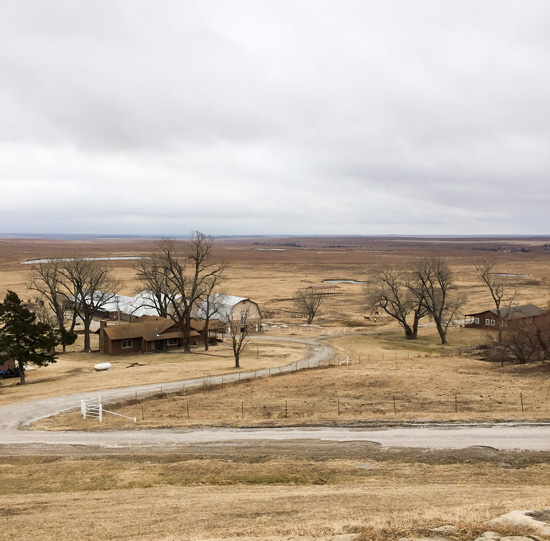 The kitchen where episodes of  The Pioneer Woman are filmed. 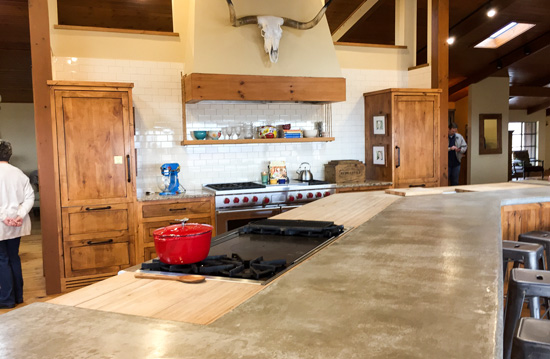 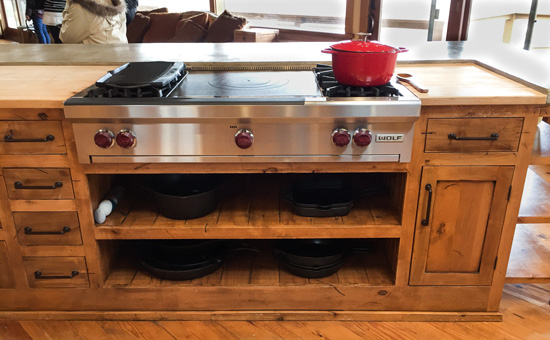 Her custom floral standing mixer, plus artwork of her kids. 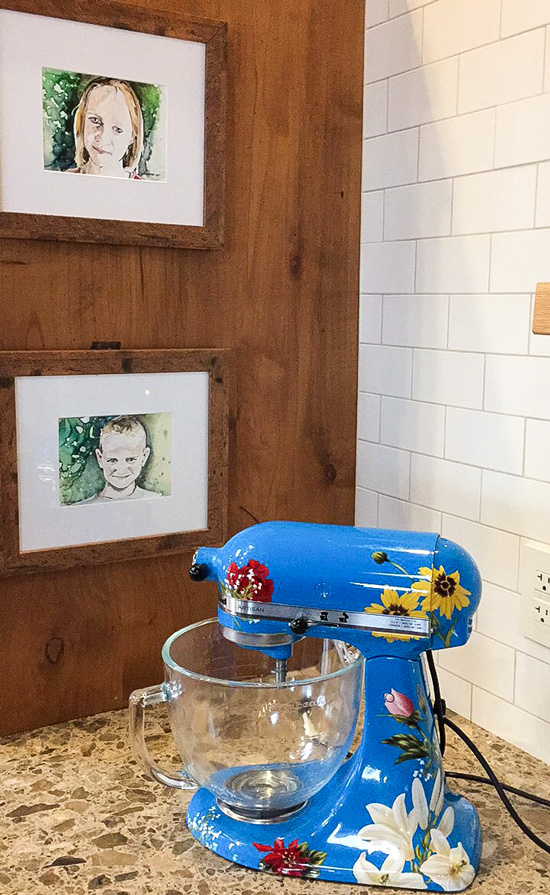 My husband told me later that he thought it was weird that I was taking a picture of her mixer. You Pioneer Woman fans get it, I know. 😉 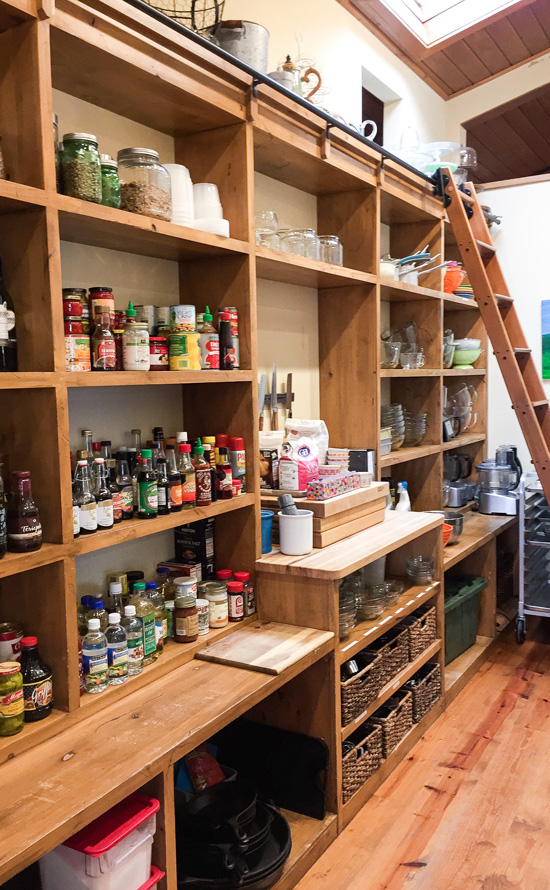 The opposite side of the pantry. 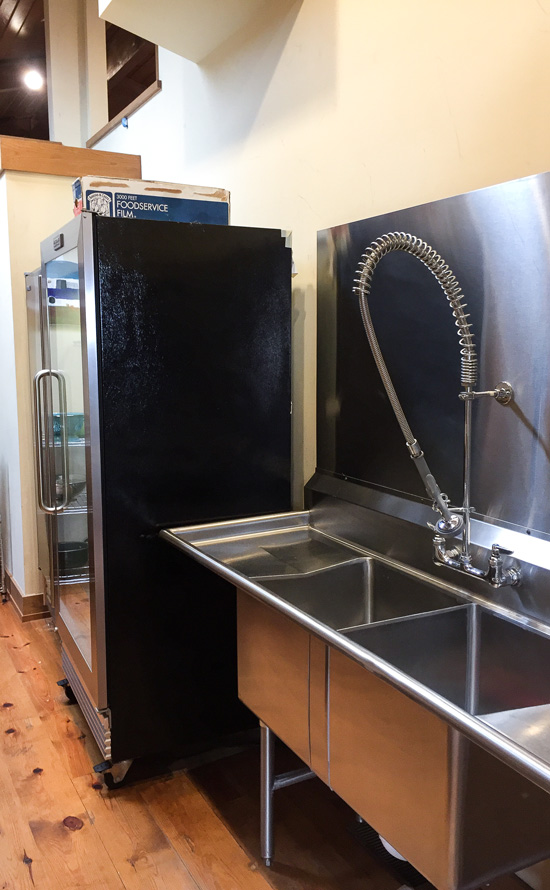 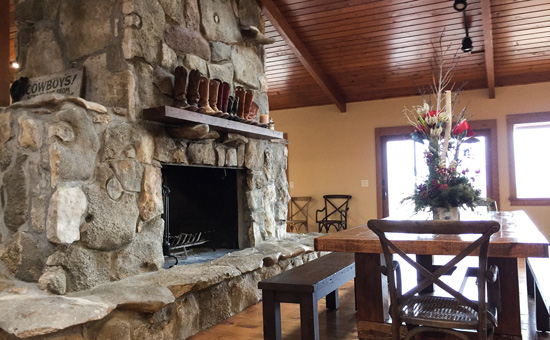 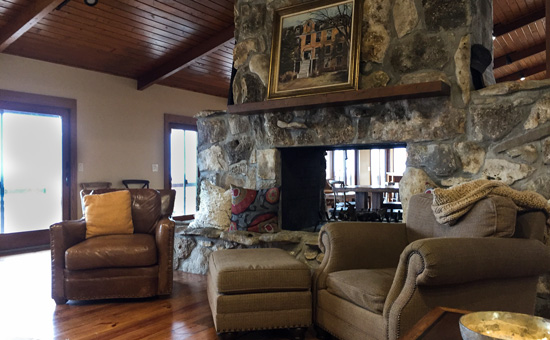 That stunning view from the living room area again. 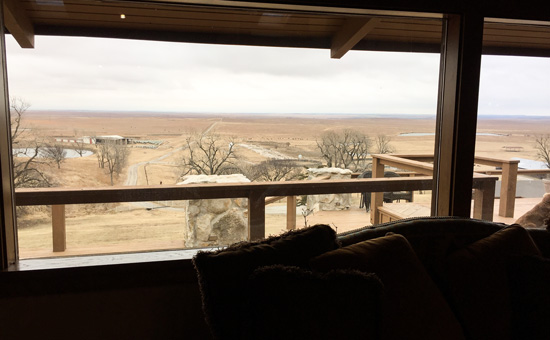 This is one of the bedrooms at the lodge. 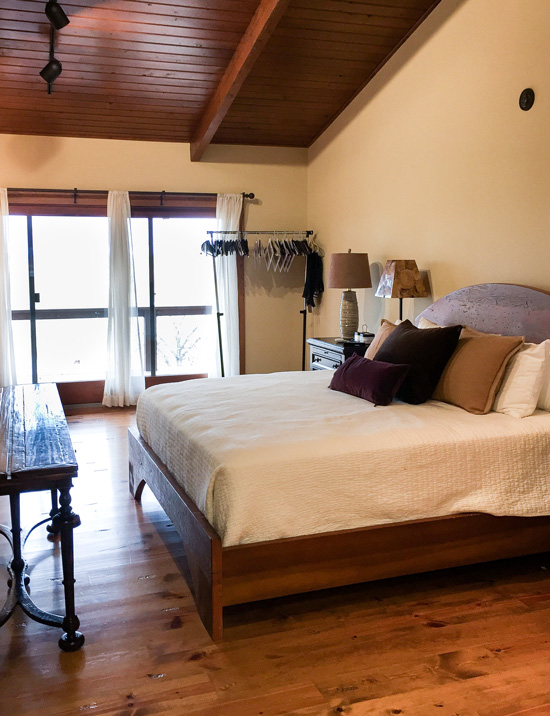 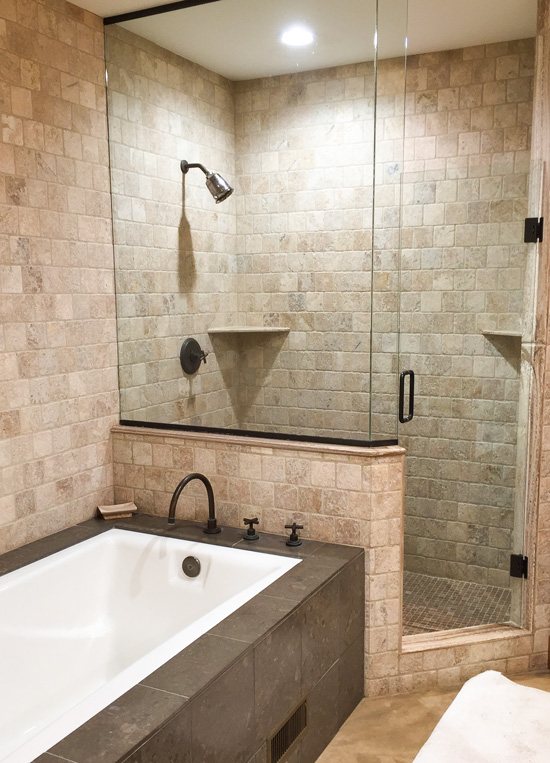 Another one of my favorite moments just before we left. Two of the ranch dogs came over to say hello. Two of the sweetest doggies I’ve ever met! 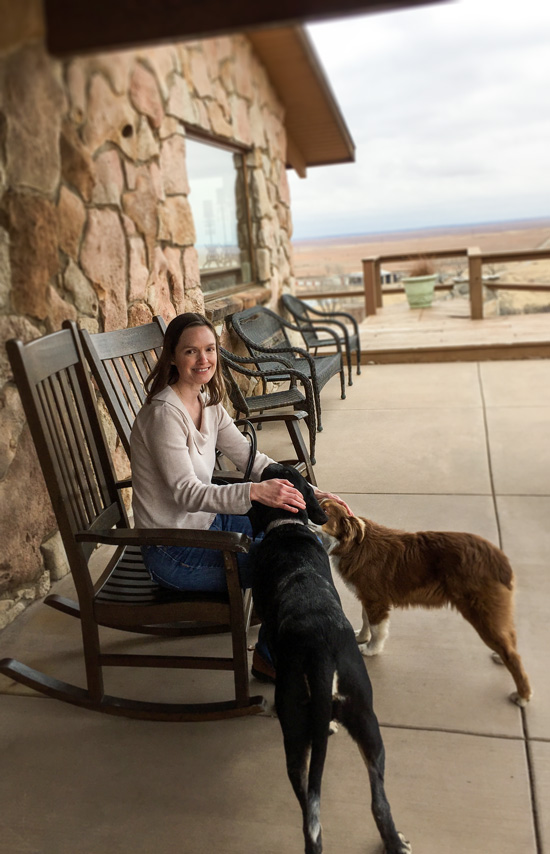 I just want to say thank you to Ree Drummond and her family for allowing this unique opportunity. It really was a neat experience that I will always remember!

*After leaving the lodge we headed back into town to check out the Mercantile. I’ll have an upcoming post detailing that soon!