I was contacted a few weeks ago by the people over at React Mobile, who asked me to help spread the word about their safety app, which has a new live tracking feature. I happily agreed to give it a try and then write about it here on the blog. I’ve tested it out a few times during my recent longer runs, and I think it’s pretty cool. 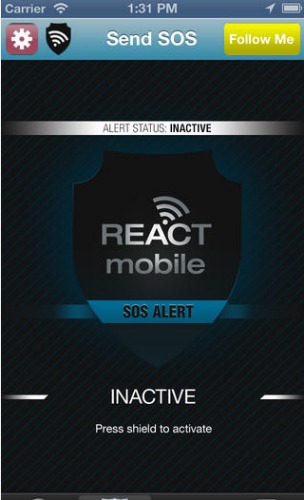 Just what is React Mobile?

“The React Mobile™ app turns your iPhone or Android smartphone into a powerful security device and also allows users to report incidents and criminal activity. With the push of a button an SOS alert with your GPS coordinates is sent to select emergency contacts via SMS/text message, email and an alert can also be posted to Facebook and Twitter. A growing number of people today have mobile phones, a trusted, communications tool. React lets you turn it into a powerful lifeline”.

It features live tracking capability, so it’s great for anyone who runs solo, in addition to those people who have to work late and walk out to their cars alone. 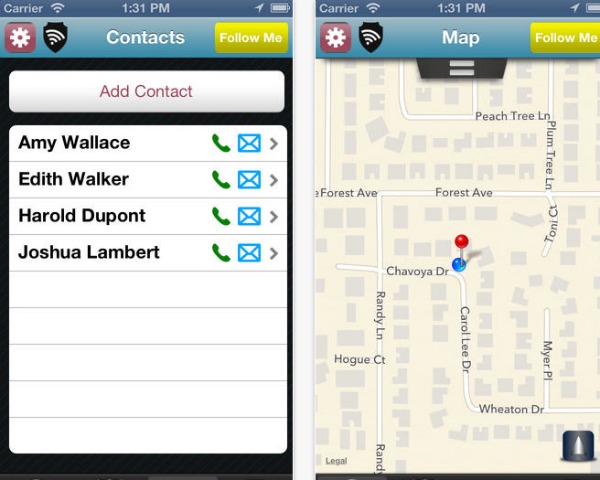 I’ve mentioned before that my husband uses an app to track me for safety reasons while I am out on my solo runs. You just can’t be too careful these days. I think that the React Mobile app would also be a good safety device for college students like my niece, who is currently away at school.

I could explain how this app works to you myself, but the folks at React Mobile have put together a really fun video that does it much better than I could probably do.

I love the extra safety features that this app offers like:

The app was created by Robb Monkman, who decided to create it after he was held hostage during a home invasion while in college several years ago.

As a female runner, who has been followed by a strange man in the past, I can honestly say that I think that this app would be a very handy tool to have.

The React Mobile app was recently recommended by Shape magazine as a safety app for runners. It’s available right now for iPhones (Anroid coming soon) and is free to download, so give it a try!

What precautions do you take to help ensure your safety when you are out running by yourself?