This simple and savory Pumpkin Tomato Soup with Bacon is the perfect soup recipe for Fall! Serve a grilled cheese sandwich alongside for a complete meal. 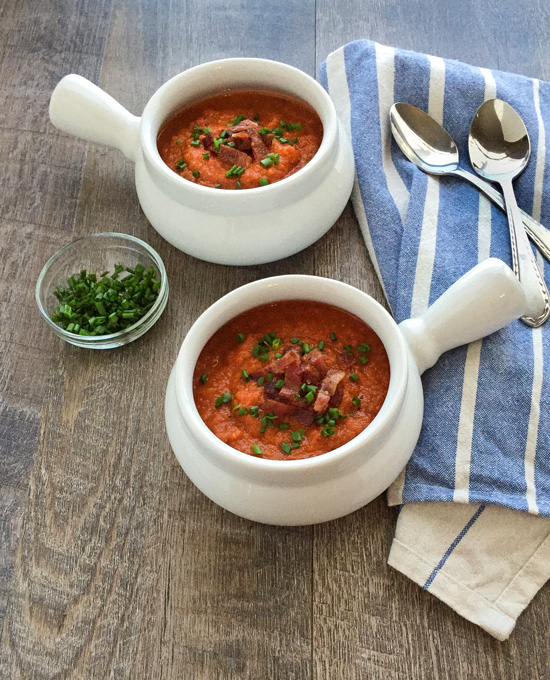 October is upon us, and here it is! The first pumpkin recipe of Fall 2015 here on Healthier Dishes. I know many of you have probably already downed a few Pumpkin Spiced Lattes this season. Me? Not going to happen. I gave it a try a couple of years ago and was NOT a fan.

Yes, I know they’ve changed the ingredients. Which made some people happy and others not so much. I honestly don’t think that slightly better ingredients would change my mind on the matter. I’m just not a fan of sugary-sweet coffee drinks. Actually, I can’t really think of any sweets that I like pumpkin in. Nope, no pumpkin pie for me at Thanksgiving. No sir. But a good savory dish? I am totally on board with that.

I have a couple of savory pumpkin recipes already here on the blog. There’s a Pumpkin Stuffed Shells recipe on here from way back in 2011 that I was just thinking about the other day. I really need to make that one again and post some better pictures on here. Let’s just say that although I still have a long way to go on my food photography skills, I have improved slightly since then. 🙂 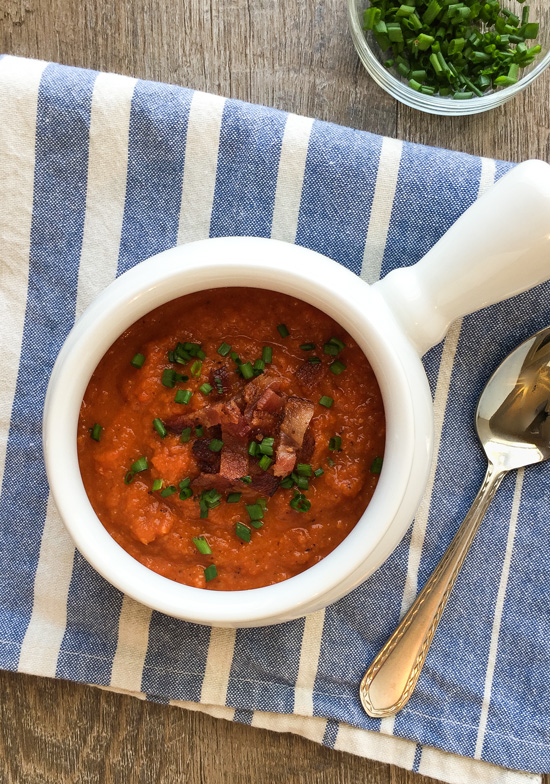 This savory Pumpkin Tomato Soup with Bacon is super easy to make and is so thick and creamy. It would be super tasty served alongside a grilled cheese sandwich. We had sandwiches with it the first day. The next day,  I turned it into a main course soup by adding a can of pinto beans to it. I served some cornbread along with it, and it was very delicious that way, too!

*Pictures have been updated since the original post in September 2015. 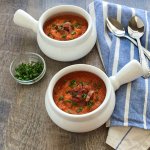