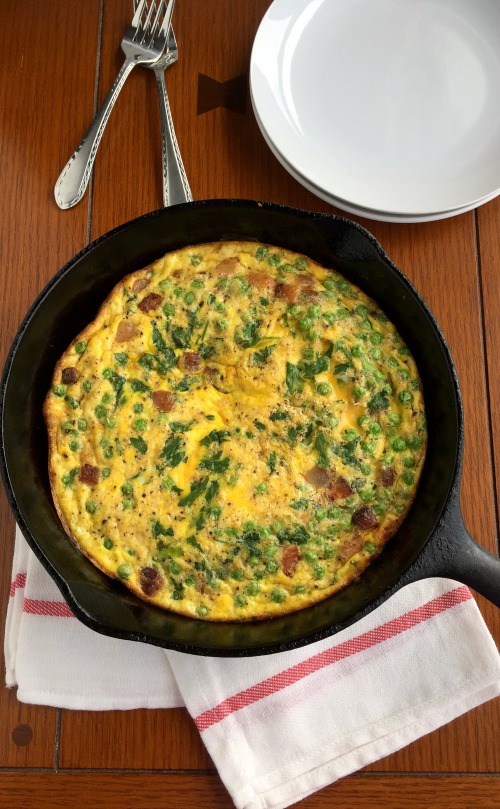 My mom doesn’t really do much cooking these days since it’s just her and my dad, so she’s been getting rid of some of her cookware. I was thrilled to get one of her cast ion skillets. Yes, I know you can buy them new, but there’s just something really neat about having a pan that my mom cooked with. It’s been well used and loved.

Other than a few pans of cornbread I made when I was a kid, I’d never really cooked in a cast iron pan before. There are some learning curves, let me tell you. I may or may not have burned my wrist already, but I’m enjoying learning to use and care for this pan. It hadn’t been used for quite a while, so I needed to re-season it before using. I’ve had a tiny bit of sticking, but nothing too major. I believe that will get better the more I use it.

I’ve made eggs with hash browns in this pan several times now, but this Pancetta and Pea Frittata is the first frittata I’ve made in it. Local Yocal, where we purchase our grass-fed beef and pasture raised chicken, just recently started selling pancetta. I’d never tried pancetta before, so I was pretty excited to have some. It always looks so tasty on TV, doesn’t it? It’s not something I will buy much of, but it is delicious! 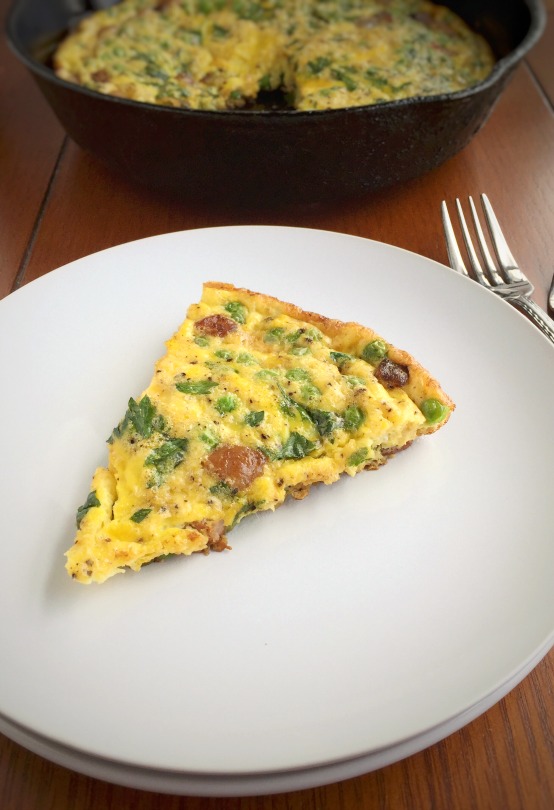 The saltiness of the pancetta and sweet flavor of the peas is an incredibly delicious combination in this frittata. I’m not a huge fan of peas, but my husband loves them. Even though they aren’t my favorite vegetable, I actually really like them in this recipe!