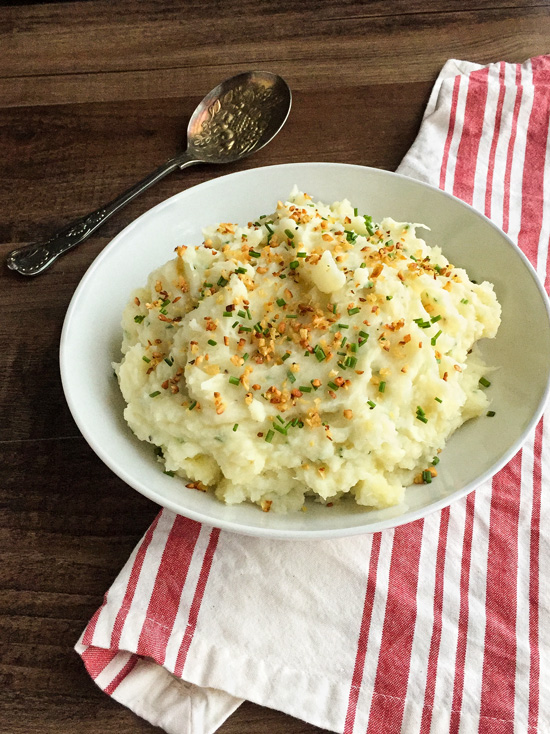 Mashed potatoes are a classic Thanksgiving side dish. They are also one of my favorite comfort foods. The parsnips add a hint of sweetness to the potatoes. The toasted garlic is an idea I got from an America’s Test Kitchen cookbook, and trust me, it’s worth taking the extra step to make it.

The butter that the garlic is toasted in gets added to the potato and parsnip mixture. It adds a buttery, garlicky flavor that is utterly delicious. It’s just enough butter to satisfy your taste buds, without adding a crazy amount of fat like some mashed potato recipes.

This makes enough to serve between four to five people. However, if you are having a small Thanksgiving for two, you can use the leftovers to make potato pancakes or waffles. Speaking of which, I just happen to have a potato waffle recipe coming your way very soon. I used up my leftovers by making those, and they are so flavorful and yummy!

If you’ve never tried mashed parsnips with potatoes before, I suggest you give them a try. The hint of sweetness adds a little something different to your basic mashed potatoes. Oh, and that toasted garlic? Definitely, try that for sure! You’ll be happy you did! 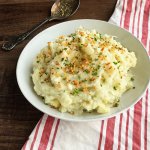 Look for smaller parsnips. If the parsnips are really large, you will need to cut out the woody core before cooking. If using salted butter, you may want to adjust salt content. If using a potato ricer instead of hand mashing, leave the potatoes and parsnips in colander you drained them in, and working in batches, put them through the ricer back into the saucepan, then continue with recipe.