Well, we made it through another day of low carb eating! So far, so good!  Breakfast was a repeat of day one. 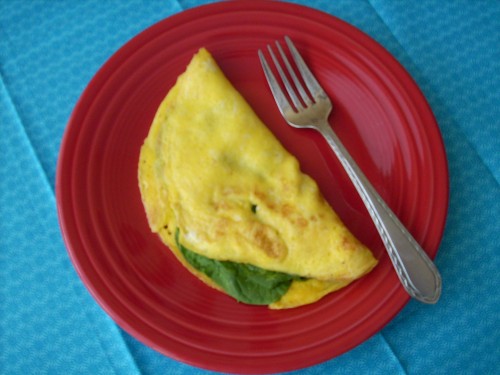 I didn’t bother to take a different photo of breakfast today since it was the same. That, plus I overcooked my eggs this morning and was too embarrassed to show you. 🙁 Apparently, trying to load the dishwasher and make an omelet isn’t a good idea.

Lunch was salmon cakes served over a mix of organic baby greens dressed with a red wine vinaigrette. 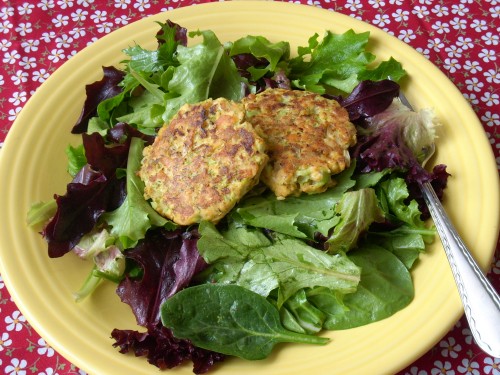 We picked up a couple of small avocados yesterday at Natural Grocers, so I decided to make some quacamole for a pre-workout snack. Celery sticks were used in place of tortilla chips. Not quite the same, but not bad. I wasn’t sure if I would like the flavor of celery with guacamole, but it’s actually pretty tasty. 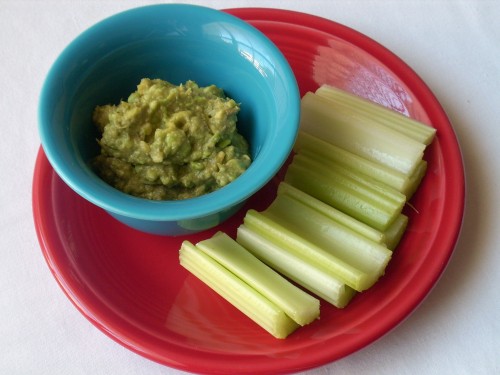 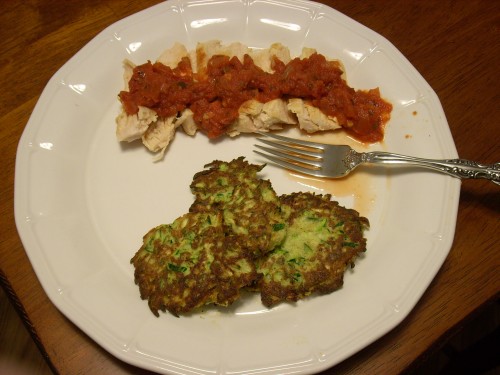 The grain-free zucchini pancakes were something I found over on a new (to me) website called Balanced Bites I didn’t use as many eggs as the recipe called for, but I think they still turned out okay.

I was way too tired and hungry by the time I got done cooking to be fussy about plating and photos. I just snapped a quick photo and called it a night.

Have any of you ever tried a grain-free diet?