Loaded with veggies, this simple Italian Sausage Soup with Quinoa and Spinach makes a healthy and delicious meal! 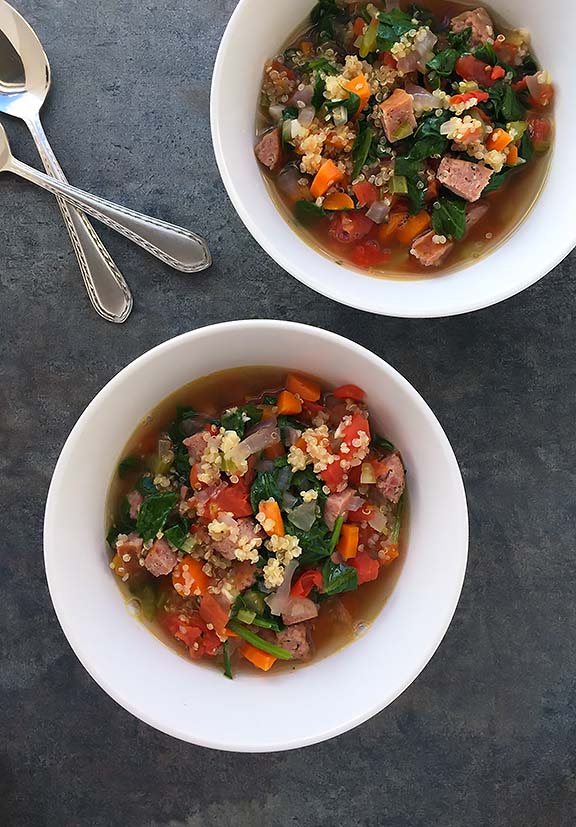 The days are starting to get a little shorter, and it has cooled off slightly here in Texas. By slightly, I mean it’s ninety three degrees instead of one hundred and three. It’s amazing how much difference ten degrees can make. Even though it’s not quite soup season yet, I decided to make up a batch for dinner one night. I wanna be ready with plenty of new soup recipes for you guys this Fall and Winter. One of the best parts about this one is that it can be on your dinner table in thirty minutes!

I happened to find some organic cooked mild Italian sausage on a recent grocery store haul, so I decided to use it in my soup. Normally, I would’ve used beans in a soup like this, but I wanted to experiment with using quinoa in a soup. If you aren’t using pre-rinsed quinoa, be sure to give it a rinse before adding it to the soup. Quinoa has a natural coating that can make it taste bitter.

The quinoa just soaks up all the flavors of the chicken stock and veggies as it cooks. If you don’t want to use Italian sausage, you could try some other kind of sausage. Because we aren’t using a bunch of flavors that would compete with it in this dish, it’s really versatile in that department. I think smoked sausage would also be great in this. Just use whatever you love. 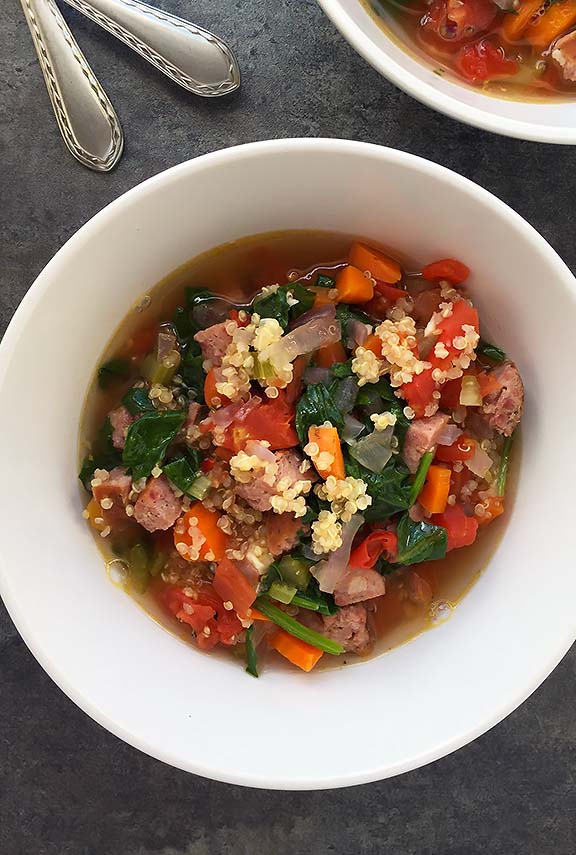 *Oh, and if you haven’t entered the Domestic Chic cookbook giveaway, be sure to do so. Only a few days left! 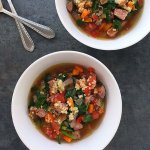