I have tried several different kinds of energy gels and chews in the last several months, with my favorite being the Honey Stingers energy gel in Strawberry. I liked the taste, consistency and the energy boost of that gel. Plus, it didn’t cause any GI issues, which all of us runners know is one of the top requirements of an energy supplement. What I didn’t really like were some of the ingredients. I really wanted something completely natural but still convenient & portable. I didn’t think there was anything like that available on the market.

The first time I heard about Energybits was when I saw them participating on one of my regular Twitter chats. I’ll admit, I assumed they were just another energy supplement company whose products were filled with the same funky ingredients as the other products on the market. I got curious after a while, though, and finally decided to check out their website. 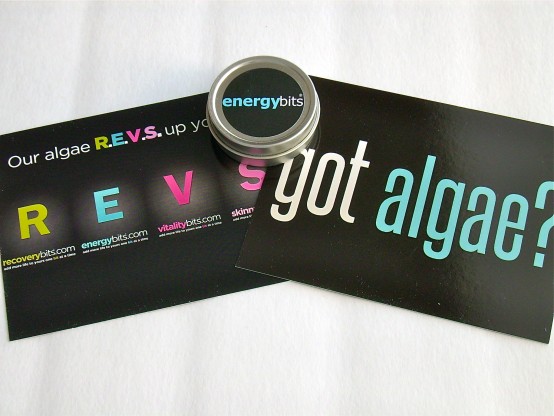 I was surprised to find out that this wasn’t just another energy supplement; this is actually a food. The one and only ingredient in their Energybits is algae. That’s it – no fillers, sugars or caffeine. Just 100% organic Spirulina Algae.

According to their website, Energybits have numerous health benefits besides just providing you with energy. 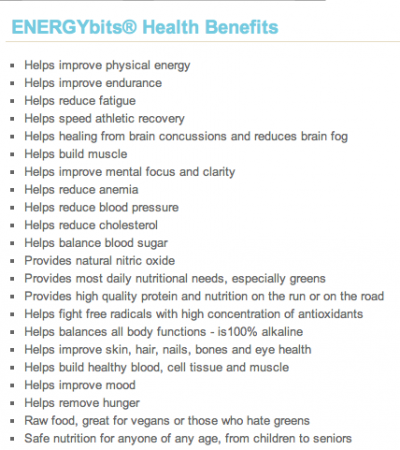 “Made from 100% organicallly grown spirulina algae and loaded with 40 nutrients, ENERGYbits® algae tabs have the highest concentration of protein in the world (64%) all for just one calorie per tab. Endorsed by the United Nations as the most nutritious food on earth, spirulina algae has been a favorite of Olympic gold medalists for decades and is a super food in every sense of the word, delivering instant and enduring energy to your brain and body”.

That really peaked my interest, so I decided to contact Energybits to see if I could get a sample to try. They were nice enough to oblige, and I received my sample about a week later.

I opened the little tin they sent, and I have to say, they don’t smell the best. My husband said they smelled like fish food. Ha! The paper included with the bits recommended swallowing, not chewing, the tablets. Okay by me. 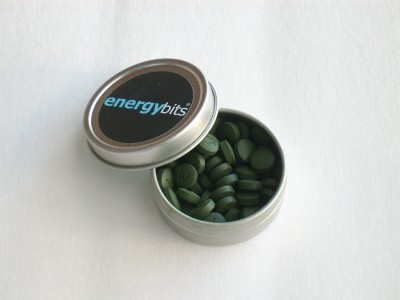 To be honest, I was fairly skeptical about how well they would work. I mean, no sugar or caffeine? Could a little algae really give me the energy I needed for running?

The recommended dose before doing a workout is thirty tablets. I had wondered whether taking so many tablets would be hard, but because they are so small, I can take ten at a time. They went down very easily.

For my first trial run I took 35 tablets. I didn’t take any other fuel with me as a back-up, just a bottle of water. There wasn’t a surge of energy right off the bat, but a little further into my run, I did feel a boost in my energy level. I felt really good actually. I usually feel the need to take my energy gel about 5 miles into my long runs, but I didn’t have that on this run. I also didn’t have any GI issues. Yay!

I didn’t want to base my review on just one run, so I did another 3 mile run to confirm that they actually do work. Same thing. A boost of energy after I had been running for a little while. That did it. I was sold on Energybits. I’m thrilled to have found a product that not only works but is also completely natural!

Have you tried Energybits? 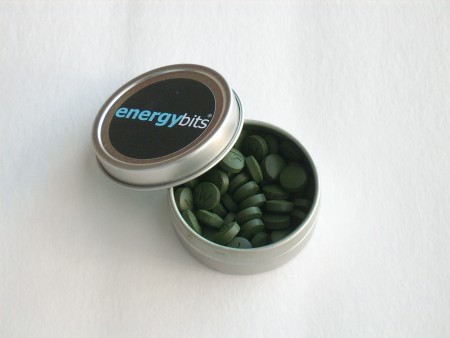