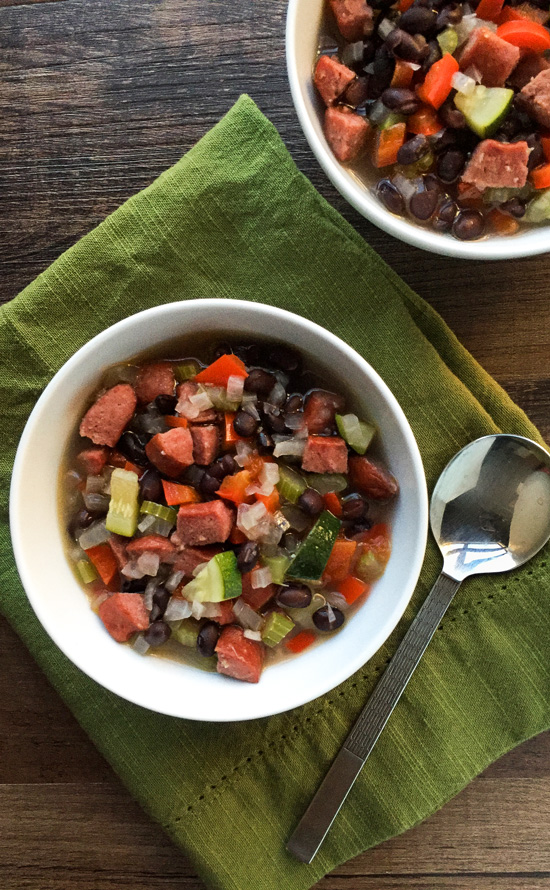 The weather this summer has been quite interesting. Normally, we would be sweating like crazy at the end of July. Instead, temps dipped down into the sixties last night. In July. In Texas. Crazy!

It was 71 degrees when I went running at 7 p.m. last night. There have been summers where I would have to go after 8 p.m., and still have to endure upper ninety degree temps. Needless to say, my run was pretty nice. The humidity was high, but the cool temps certainly made up for it. By the time I got back, it practically felt like Fall out there.

So, even though I’ve already been making soup regardless of what the weather was like, last night REALLY was soup weather!

I picked up some Andouille Sausage at our local Natural Grocers the other day. It’s from Teton Waters Ranch and it’s 100% grass-fed beef sausage. 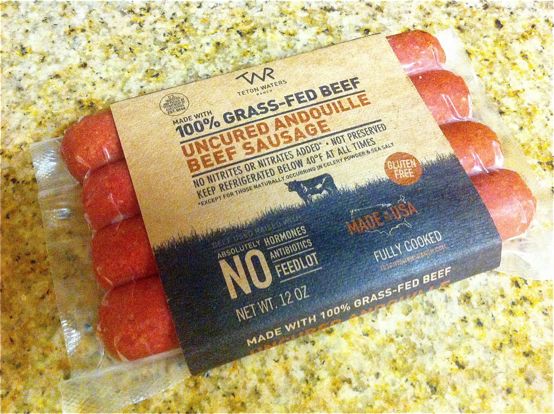 I’ve been buying their ground beef lately, and I decided some of their andouille sausages to try. They also sell hot dogs and other types of sausage, in case you’re interested. Their Andouille Sausage was spicy and amazing! I’m looking forward to trying their other kinds of sausage.

I debated over whether to use red beans or black beans, but in the end, I decided I’d rather have black beans. I used canned beans for this recipe, but you could cook up some dried beans before making the soup if you want. I bought the Westbrae Natural brand of beans, which comes in BPA free cans.

The andouille sausage adds a lot of flavor, but I threw in a little “Slap Ya Mama” Cajun Seasoning to add just a little more.

This soup turned out great, and I will definitely be making it again!

This post has been updated with a new photo. 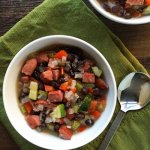