A few weeks ago, I purchased a new pair of Asics running shoes. I was in desperate need of a new pair, and after some research, I decided to go try on a pair of the Asics Gel-1170’s. This shoe had really good  customer reviews and Runner’s World magazine named it a “best buy” in their Winter 2011 running shoe guide. My first pair of real running shoes were Asics, so I was already a fan of their shoes. I was on a pretty tight budget last Fall, and ended up buying a pair of Saucony’s that weren’t bad, but no where near as good as the Asics that I had before. 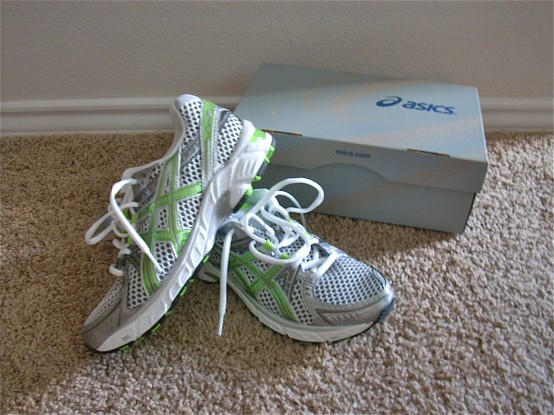 After running in them several miles, I decided that it was time that I gave a review on them. I have at least 2 maybe 3 races that I’m planning on running this Fall, so I needed a good shoe that would get me through them. Runner’s World said that it was “great choice for long training runs and marathons”. Just what I needed. Bonus, I only paid $65 (regularly $90) for them. I was trying to spend no more than a hundred dollars, but really hoping to find a good shoe for less than that amount.

I like, and feel like I need, a shoe that combines stability with a good amount of cushioning. These shoes felt good the minute I put them on, and I feel like they meet my needs in terms of the amount of stability and cushioning.. I usually need to add some sort of arch support to my running shoes, but so far, I don’t think that will be necessary with these. 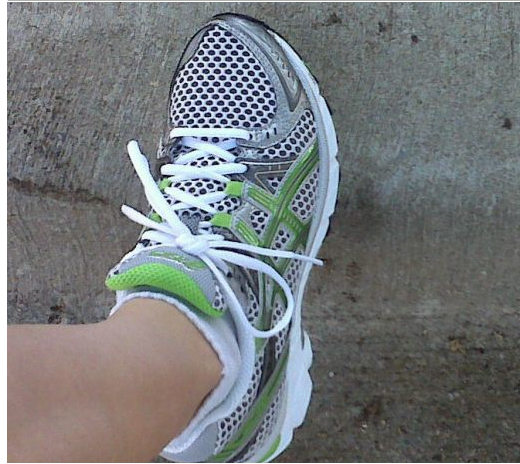 I will say that it took a few runs to really break these in. There were a couple of runs there in the beginning that I was doubting my choice. Not the case anymore. I got the White/Tea Green/Lightning color, but there were only two choices in color where I bought them. I liked the White/Plum ones when I saw them online, but I didn’t really like them so much when I saw them in person.

If you’re looking for a good pair of running shoes with good cushioning and  stability, I highly recommend that you check these out. I did happen to see online that Sports Authority still has them on sale this week for the same sixty five dollars that I paid a few weeks ago.

I will be putting these to the ultimate test tomorrow when I run my first half-marathon. I am supposed to run The Showdown Half over in Fairview, TX on Saturday. The weather forecast isn’t looking really great, and I am hoping and praying that the rain holds off at least until the race is over. I’m also praying that they don’t have to carry me across the finish line. 🙂

Do you have a favorite pair of running shoes? Are you loyal to one brand or do you switch things up?