I mentioned in one of my last posts that I would be going to an event at the American Girl store in Dallas with my sister and 8 year old niece. My niece’s birthday is on March 16th, so this trip was my sister’s birthday gift to her. My sister drove to my house last Sunday, and we headed over to the Galleria Mall. I had never been to American Girl before, but I had seen it on Jon & Kate + 8 a few years ago, when they took their twins to the one in New York.

This store is quite the little girl’s paradise. Made me wish I was 8 years old again! 🙂 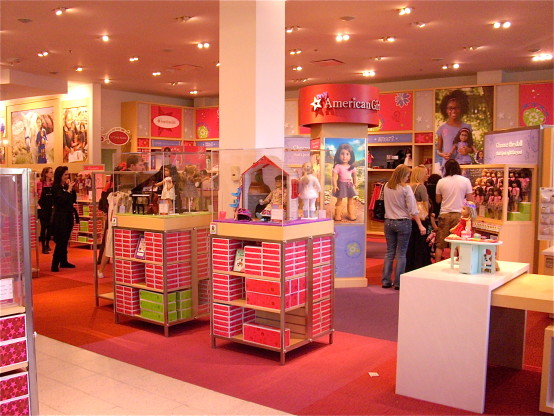 They have a huge assortment of dolls, furniture and accessories. 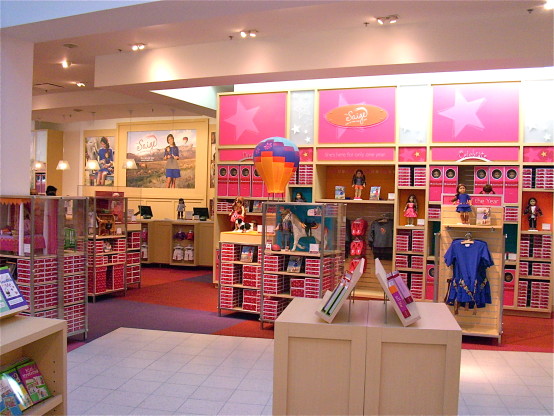 I thought that the historical character dolls were the neatest. 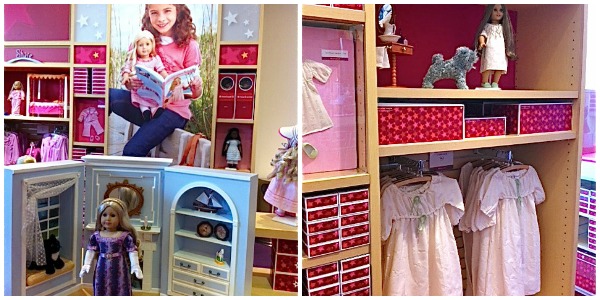 We arrived about forty five minutes early, so we did a little shopping. My niece had a ball trying to decide what to buy with her spending money. I wish I’d gotten a pic of what she picked out. My gift to her was an accessory kit. It’s a pricey store, so your money doesn’t go very far. 😉

The event that we were there for was the Marie-Grace and Cecile’s Fête, which was in celebration of Marie-Grace’s March 3rd birthday. These are two of the historical character dolls who have a remarkable friendship in the American Girl book series. By the way,  I learned that a Fête is an elaborate party, often held outdoors.

The event included crafts, a three course meal and the kids were supposed to learn some ballroom steps.

We were taken to one of the party rooms in the back of the store and seated at pink tables. They brought each little girl a high chair to sit her doll in while we ate. 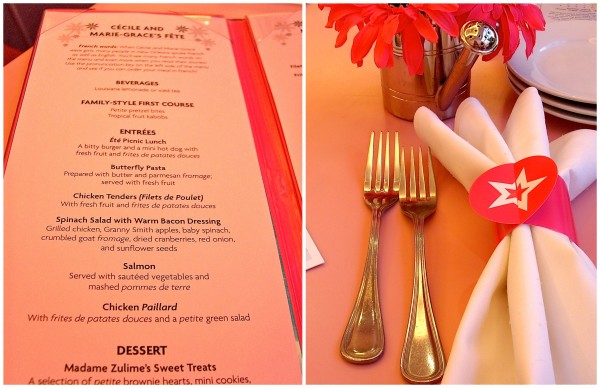 I was pleasantly surprised by the menu options. For a kiddie place, this restaurant had some pretty nice choices. 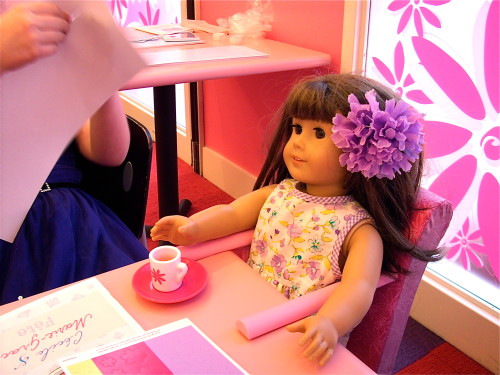 We started with a few appetizers: pretzel bites with 2 dipping sauces and fruit kabobs with a dipping sauce and some mini muffins. 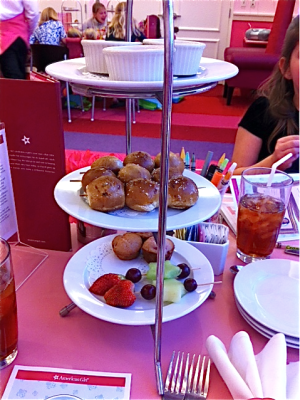 For our entrees, I chose the Salmon, my sister went with the Spinach salad, and my niece had the Picnic Lunch.

While we waited for our food, another employee gave the girls a little background information on the two American Girl dolls Cecile and Marie Grace. The setting of the story is in New Orleans, so she went over a few words in French with them as well.

We also received an activity book and had the chance to decorate a paper mask while we waited on our entrees. 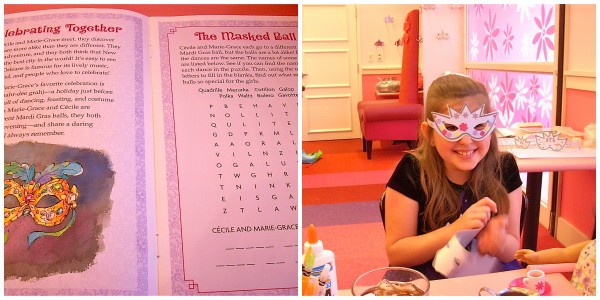 My salmon was pretty tasty and the fresh green beans were cooked perfectly. The potatoes were just…okay. 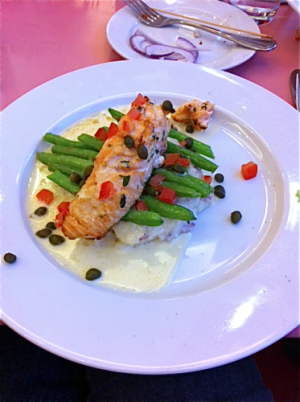 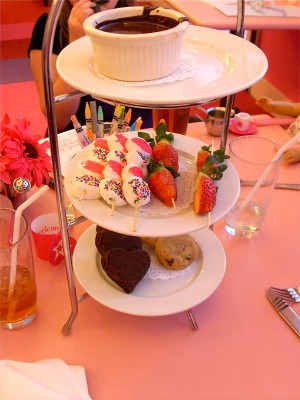 The heart-shaped brownies were delish!

Now, according to their website, the girls were supposed to learn some ballroom steps. Unfortunately, someone didn’t get the memo because neither the waiter nor the young woman helping out had any idea that was supposed to happen. I don’t blame them in any way, but whoever was in charge of the events at American Girl dropped the ball on this one. Another woman (a manager, I think) came in after a few minutes and showed them some waltz dance steps.

The girls practiced that, and then everything just kind of went freestyle. Colin, the waiter, even got a doll and “danced” with it! Seriously, he was an awesome waiter and sport about the whole thing. In the end, the girls still had fun despite the mixup. 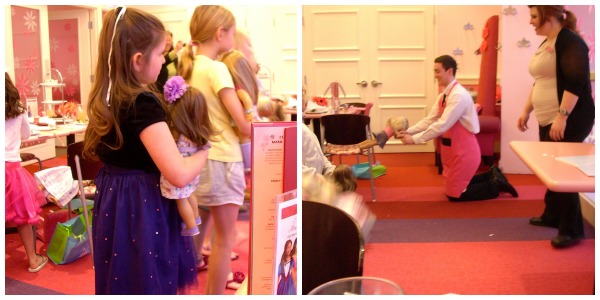 Big thanks to my sister for inviting me along to share the day with my niece! I had so much fun!

Have you ever been to an American Girl store?