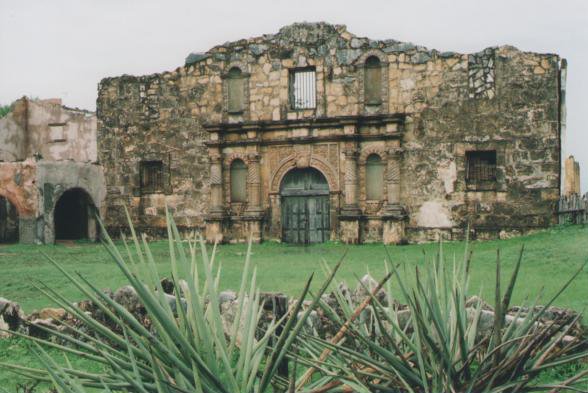 Alamo Village was one of my favorite places that we visited on one of our roadtrips through Texas. It was originally built as a movie set for John Wayne’s “The Alamo”. The set was built on the 500 acre  Shahan Ranch near Brackettville, Texas.

“Happy” Shahan convinced John Wayne to build the movie set on his ranch instead of in Mexico, where it was originally planned.

I have seen the real Alamo in San Antonio several times, but all of the downtown development surrounding it can make it difficult to imagine what the battle was really like. 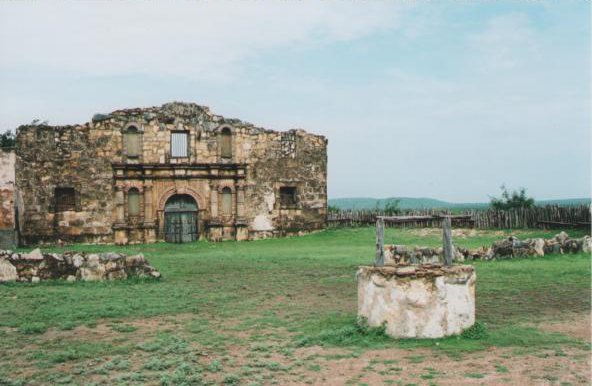 Here, there were no power lines, no high-rise buildings, or busy traffic. I found it much easier to envision the small group of brave Texians holding their ground against the much bigger army of Santa Anna. 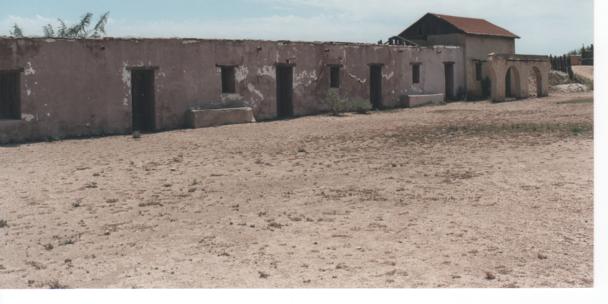 The “Alamo” Compound was built to be an authentic replica of what the it looked like back in 1836. At that time, it was a mission-fortress covering 4 acres. 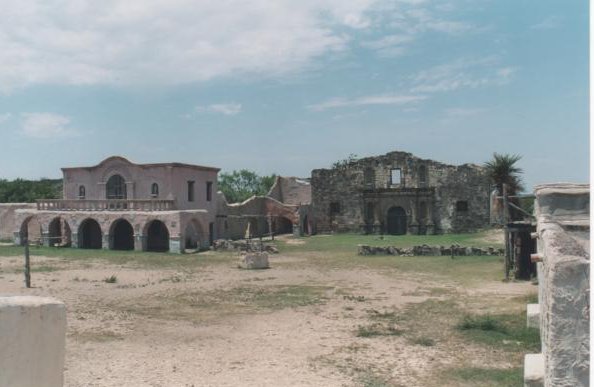 Most of the village, just below the “Alamo” compound, was built by Wayne and Shahan as well. A few buildings were added over the years to accomodate other film projects. 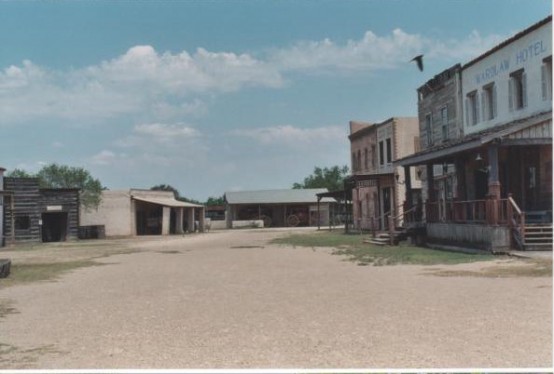 This movie set has been used as the backdrop for numerous projects including TV movies, documentaries, and music videos. 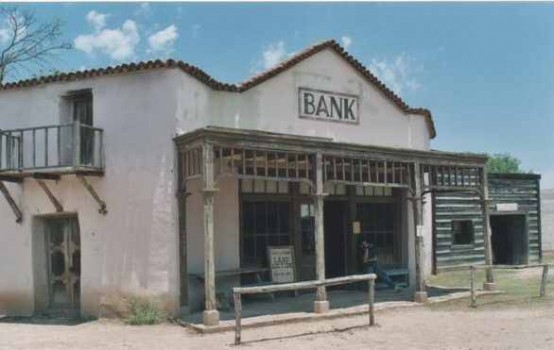 These are not false fronts. They are real buildings, most of which we were able to enter. 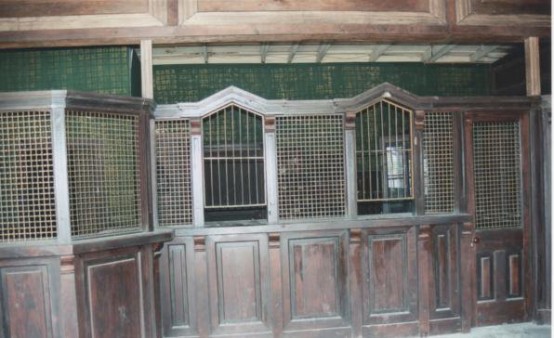 There was a list posted on each building that told what movies had been made using that particular part of the set. 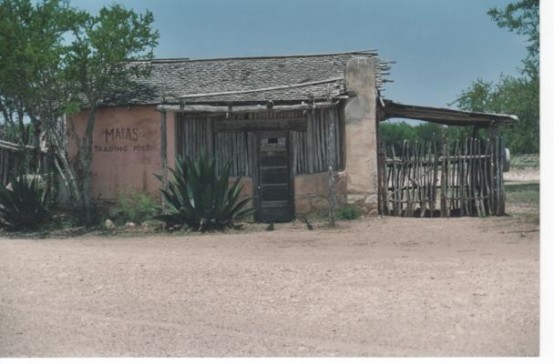 Jimmy Stewart filmed a scene for the movie “Two Rode Together” on this front porch. 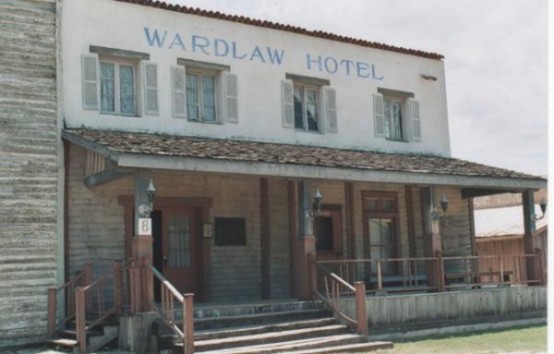 Many famous actors have come to Alamo Village to film movies including, Robert Duvall, Roy Rogers, and Dean Martin. Part of Lonesome Dove was shot on this movie set. 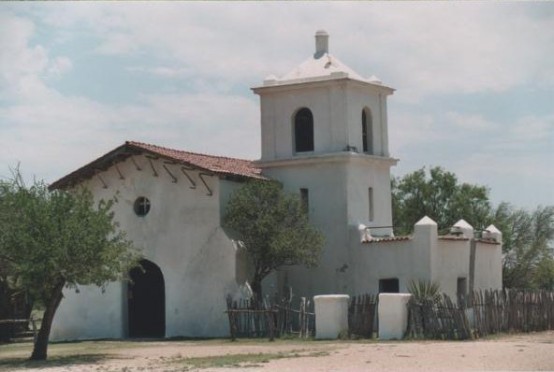 We toured all of the eighteen walk-in buildings before stopping by the Cantina for a drink. It was summer so the refreshing air conditioning felt really good after being out in the Texas heat.
Scenes for “The Alamo” were shot inside, and on the porch of the Cantina below. 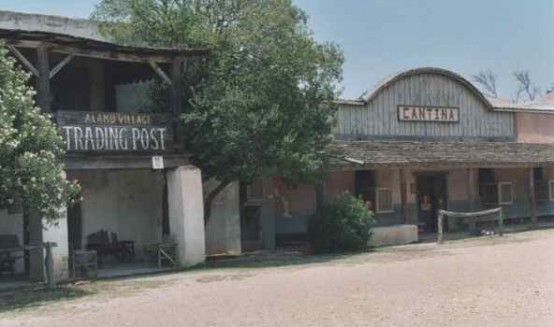 We enjoyed a music show inside the Cantina, then headed outside to watch a ‘gunfight’ . 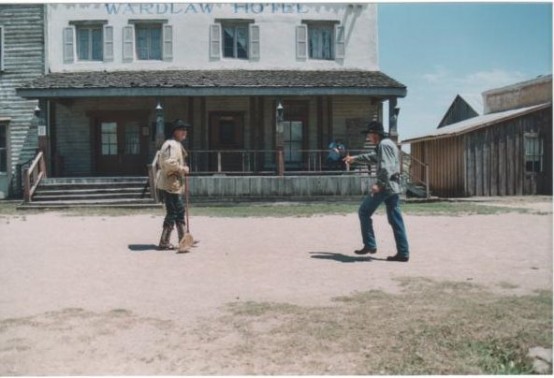 Today, I am even more glad that we took the opportunity to visit Alamo Village when we did. Following the death of Virginia Shahan (“Happy’s widow) last year, the movie set has been closed to the general public indefinitely.