Over the last seven years I have done many solo outdoor runs. My husband and I do go workout at the school tracks in the area frequently, but these solo runs are my favorite. Sometimes, I just really “need” to head out the door and hit the streets for a run. It’s my time to just get out there, not think about anything, just enjoy my run by myself. 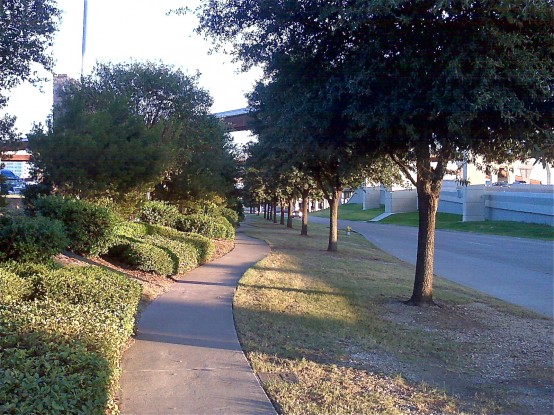 That being said, I do have some things that I do to make sure that I am as safe as can be while I am out there.

I live in a ‘safe’ area, but that doesn’t mean that something couldn’t happen. Nine times out of ten, it could be totally fine, but all it takes is that one time for something to happen.

I was once followed in downtown Cleveland, Ohio, and it really shook me up at the time. A young man was driving by in his car when I first noticed him watching me, then he parked and followed me on foot. While the guy was following me, all of these safety tips that I’d heard on TV (probably on Oprah) kept running through my head. 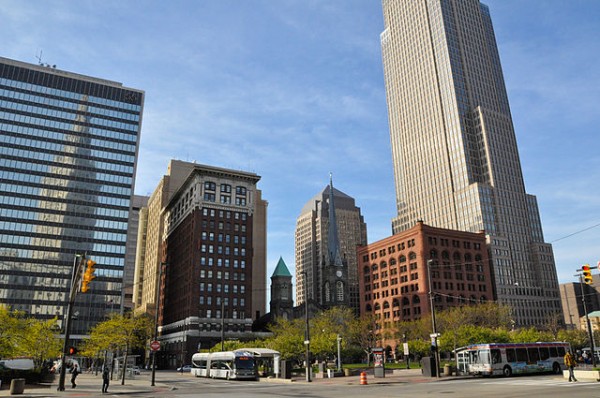 Anyway, the guy finally did catch up to me, and started trying to talk to me. I basically tried to ignore him and stay focused on getting back to our apartment. He kept asking me my name, and when I didn’t tell him, he grabbed my arm. Not a grab like he was going to take off with me (not sure what his intentions were), but it still totally freaked me out. He finally gave up and took off in a different direction. I made sure that he didn’t know which apartment building I went in. I was still shaking by the time I got back to our apartment.

That happened sixteen years ago, and it taught me a very valuable lesson…don’t go to downtown Cleveland. Just kidding…sort of. It taught me to always be paranoid aware of what was going on around me. To be honest, downtown areas still kind of creep me out.

There are times, where I wonder if I totally overreacted (I was only 20 years old at the time, newly married and from a small town), but when a stranger follows you for several blocks, then grabs your arm (no matter his intentions), wouldn’t that scare you just a little?

Below is a list of some of the things that I do to make sure that I am as safe as possible when I’m out on my solo runs.

I always tell my husband where I will be running, what time I am leaving our apartment, and about when to expect me back. If he’s not at home, I will email or text him to let him know that I’ve gotten back home as well.

I’ve recently begun to carry my cellphone with me on my runs. This is more for my husband’s peace of mind than mine, but it certainly isn’t a bad idea.

3. Change up your running route.

This keeps any would-be attackers from learning your patterns. I do tend to stick to the same basic areas in my runs, but I do switch up the path that I go, so that I basically never do the same route two days in a row. 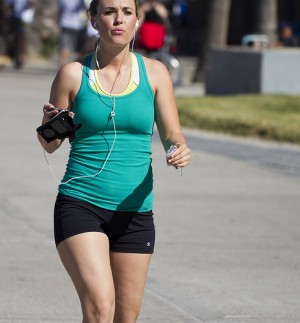 It would probably be safest to not wear any kind of headphones, but I hate to run without my music. I just keep the volume low on my MP3 player, so that I can still hear what is going on behind and around me.

5. Stay away from alleyways.

I don’t really have any alleys along my running route per say, but I do try to avoid running behind shopping centers because there are usually some good places for a would-be attacker to hide, like the dumpster area for instance.

6. Be aware of your surroundings.

I tend to look around and behind me a lot when I am out running.  I also make sure to keep an eye out for ‘suspicious’ vehicles.

I believe that God gave us the gift of fear for a reason. If something doesn’t feel right, then listen to your gut instinct and don’t worry if it makes you look like a paranoid freak. Better to look like a crazy nut job than to end up a statistic. For instance, if you think there is something fishy about a car that has been idling ahead of you on the side of the road for seemingly no reason, turn around and go in a different direction.

People frequently stop and ask me for directions when I am out running. I mean, it’s almost like I have a sign on my back that says INFORMATION, I am asked so often. Seriously though, when someone does ask me, I make sure to keep a safe distance from their vehicle while giving them directions.

There are two good reasons for this one. First, you can see approaching vehicles. Second, if a vehicle veers off the road, then you have at least some kind of chance of getting out of the way.

In the summer, I sometimes run in the evening, but I try to always be home before it gets dark. Sometimes, I am running a little behind, and it starts to get dark before I am back home. In this case, I will take a better lit, more populated route back home and not back through the park on my way home.

I know that there are those of you women out there that do this, but I just wouldn’t feel comfortable running on a trail by myself, Mace or not. Take a buddy, or at least a fiercely protective German Shepherd :).

I am certainly no expert on running safety, these are just a few of the things that I think could help keep you safe as safe as can be when you’re out there.

Do you have running safety tips to add? If so, be sure to add them in the comments below.